Skynet is Closer than Ever 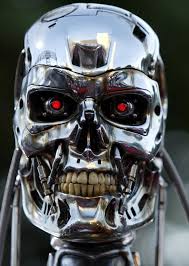 I think we know where this is going.  The Department of Defense is pursuing several initiatives where artificial intelligent and machine learning are being integrated with weapons systems. Remind anyone of the Terminator movies?

The official line from the DoD is: “All development and use of autonomous and semi-autonomous functions in weapon systems, including manned and unmanned platforms, remain subject to the guidelines in the Department of Defense (DoD) Directive 3000.09, which was updated in 2017.

Nothing in this notice should be understood to represent a change in DoD policy towards autonomy in weapon systems. All uses of machine learning and artificial intelligence in this program will be evaluated to ensure that they are consistent with DoD legal and ethical standards.”

There is Project Maven, which is using AI to help with video and image analysis.   According to the DoD, “Project Maven focuses on computer vision — an aspect of machine learning and deep learning — that autonomously extracts objects of interest from moving or still imagery.  Biologically inspired neural networks are used in this process, and deep learning is defined as applying such neural networks to learning tasks.”  It is designed to help humans wade through millions of hours of video surveillance tapes, and more quickly isolate potential targets.

Project JEDI (Joint Enterprise Defense Infrastructure) is a cloud computing initiative.  “The goal of JEDI is to offer DOD a “global fabric” for military service members and DOD civilian employees that the Pentagon will use to make itself more efficient, effective and lethal. The vision, he said, is more a “global, resilient, secure” cloud environment that “enables warfighters” around the world, whether they are in the cockpit of an F-35, on a submarine deep in the ocean, in a platoon out on patrol or supporting a mission back in Washington, D.C. 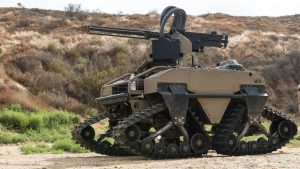 The latest is Project ATLAS (Advanced Targeting and Lethality Automated System).  This project is seeking to develop “autonomous target acquisition technology, that will be integrated with fire control technology, aimed at providing ground combat vehicles with the capability to acquire, identify, and engage targets at least 3X faster than the current manual process.”

This is not to be confused with the Atlas Robot that was debuted in 2013.  “The Atlas disaster-response robot made its public debut on July 11, 2013. In its original form, the 6’2”, 330-lb. humanoid robot—developed for DARPA by Boston Dynamics of Waltham, Mass.—was capable of a range of natural movements. A tether connected the robot to both an off-board power supply and computer through which a human operator issued commands. Atlas was created for use in the DARPA Robotics Challenge (DRC), a prize competition intended to speed the development of advanced robotic hardware, software, sensors and control interfaces so that robots might assist humans in responding to future natural and man-made disasters.”  Supposedly a “crewman” and not a “killer robot.”

It sure enough to be making me nervous.  Anybody know John Conner?

Here is another guest post offered by Josh Wardini, which first appeared in DataProt. Yesterday was Data Privacy Day.  We...