Here is a PBQ that many test takers find challenging.

Multiple users are reporting that they are unable to access the network. The ENTIRE network is shown in the diagram. PCs are not statically assigned IP addresses. The following devices will display settings:

Review the settings and select the box in the diagram that identifies the device causing the issue. Only one device can be selected at a time.

Part 1 – Select the device that is causing the issue. 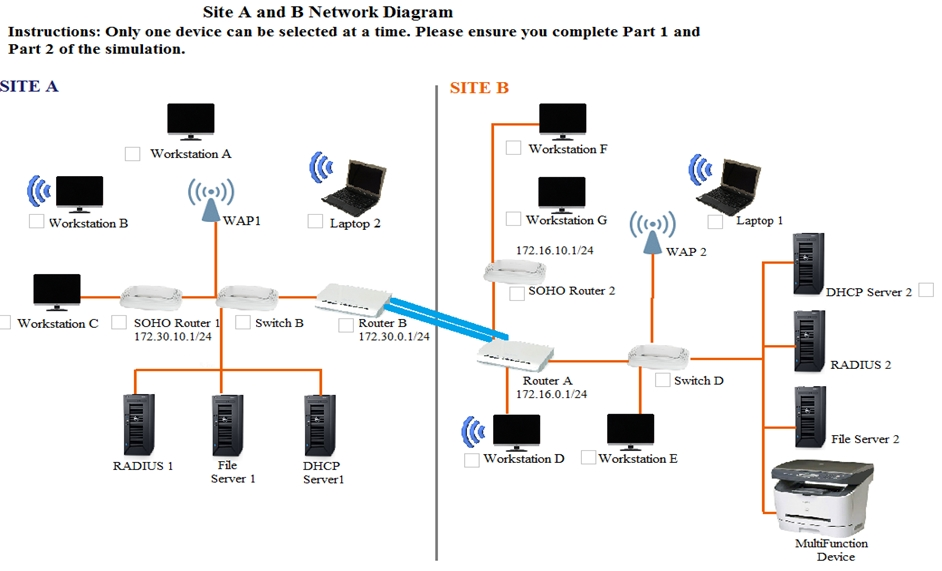 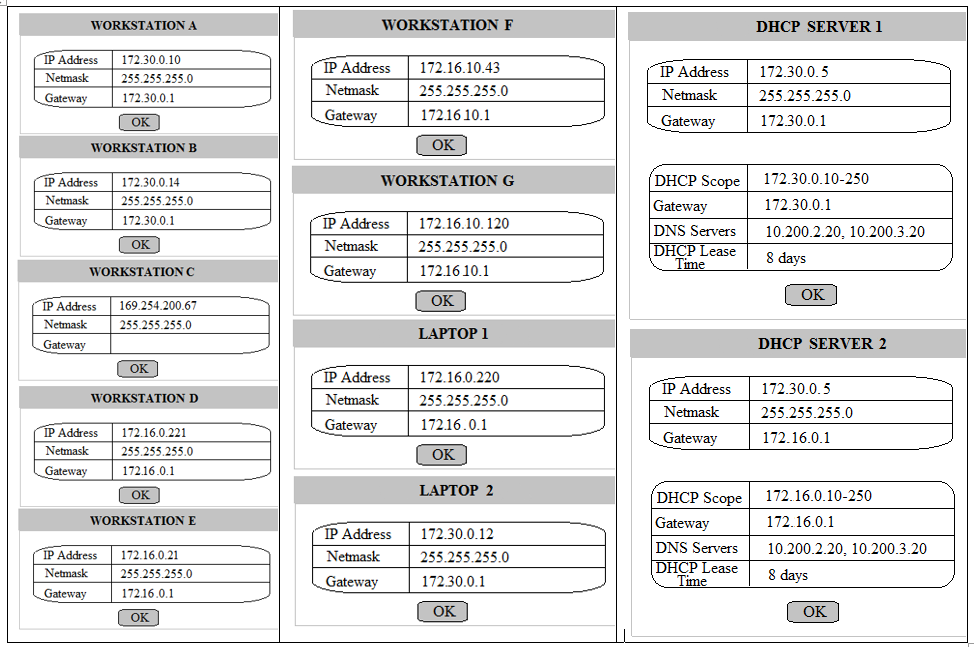 After checking the device that is causing the issue, select the second tab in the lower left hand corner. Identify the reason as to why some users are unable to access the network.  When the simulation is complete, select the Done button to submit.

Part 2 –
Identify the reason as to why some users are unable to access the network.

After drawing it all out on a white board (30 minutes) and arguing about the answers, we came up with the Part 1 Answer as the Soho Router 1 not providing DHCP for Workstation C with the APIPA address (No connection to the network was the issue, remember.)

The Part 2 answer was G as two wireless clients, while having valid DHCP leases for their subnets, were not wired in to the network or associated with either WAP.  (Workstations A and G).  Go ahead and argue with me, I might like your solution better.

Pictures of the White Board 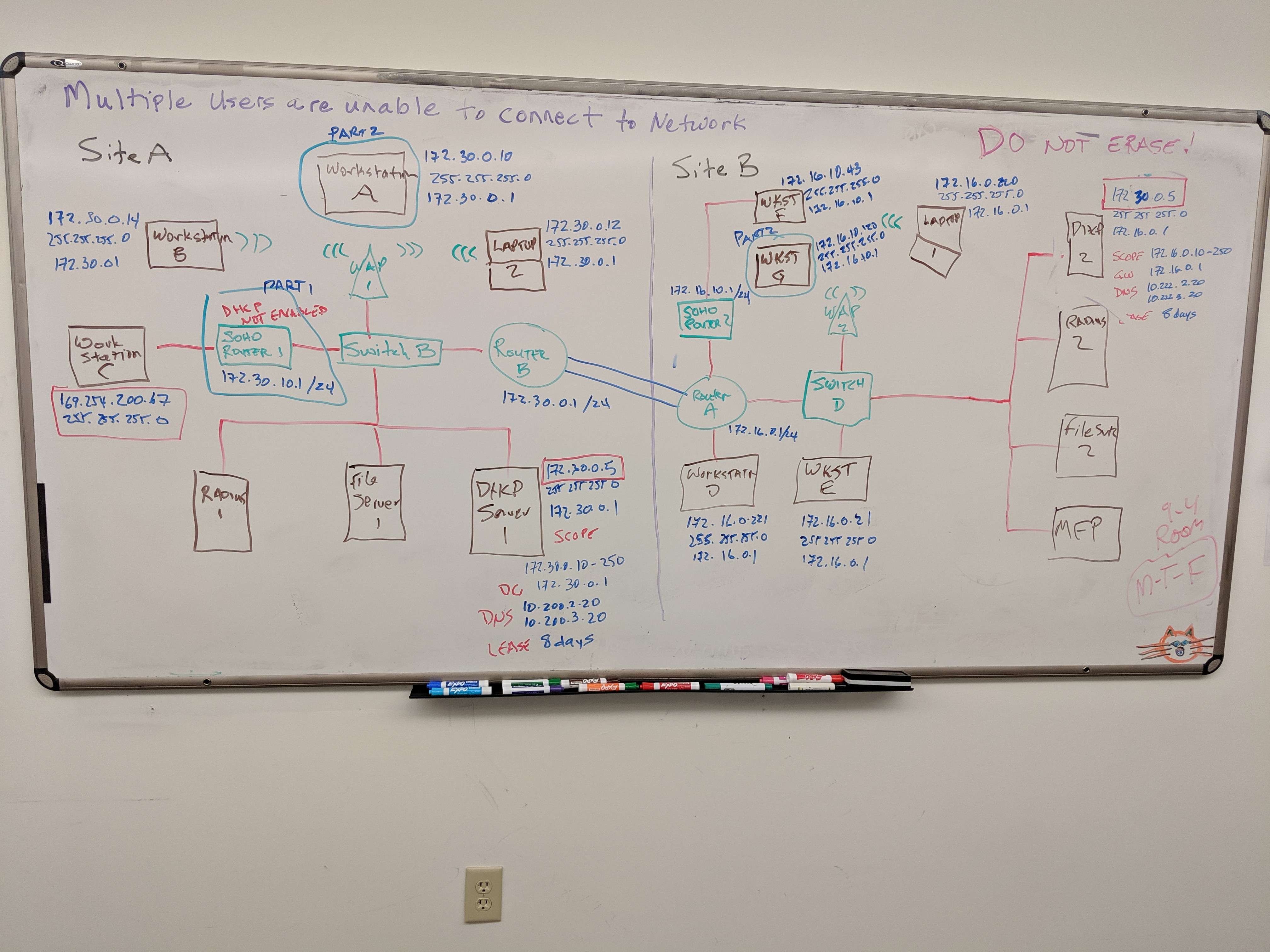 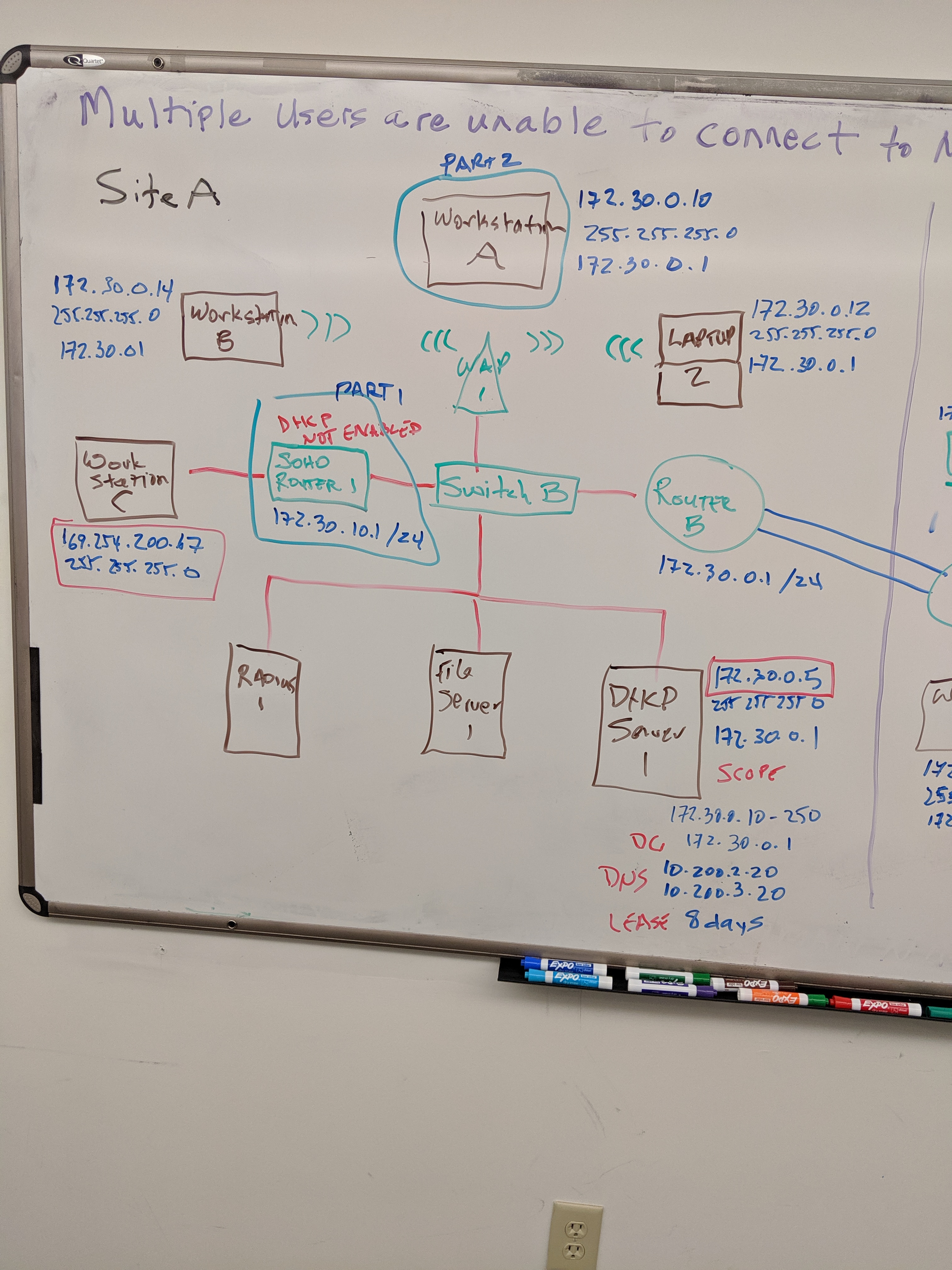 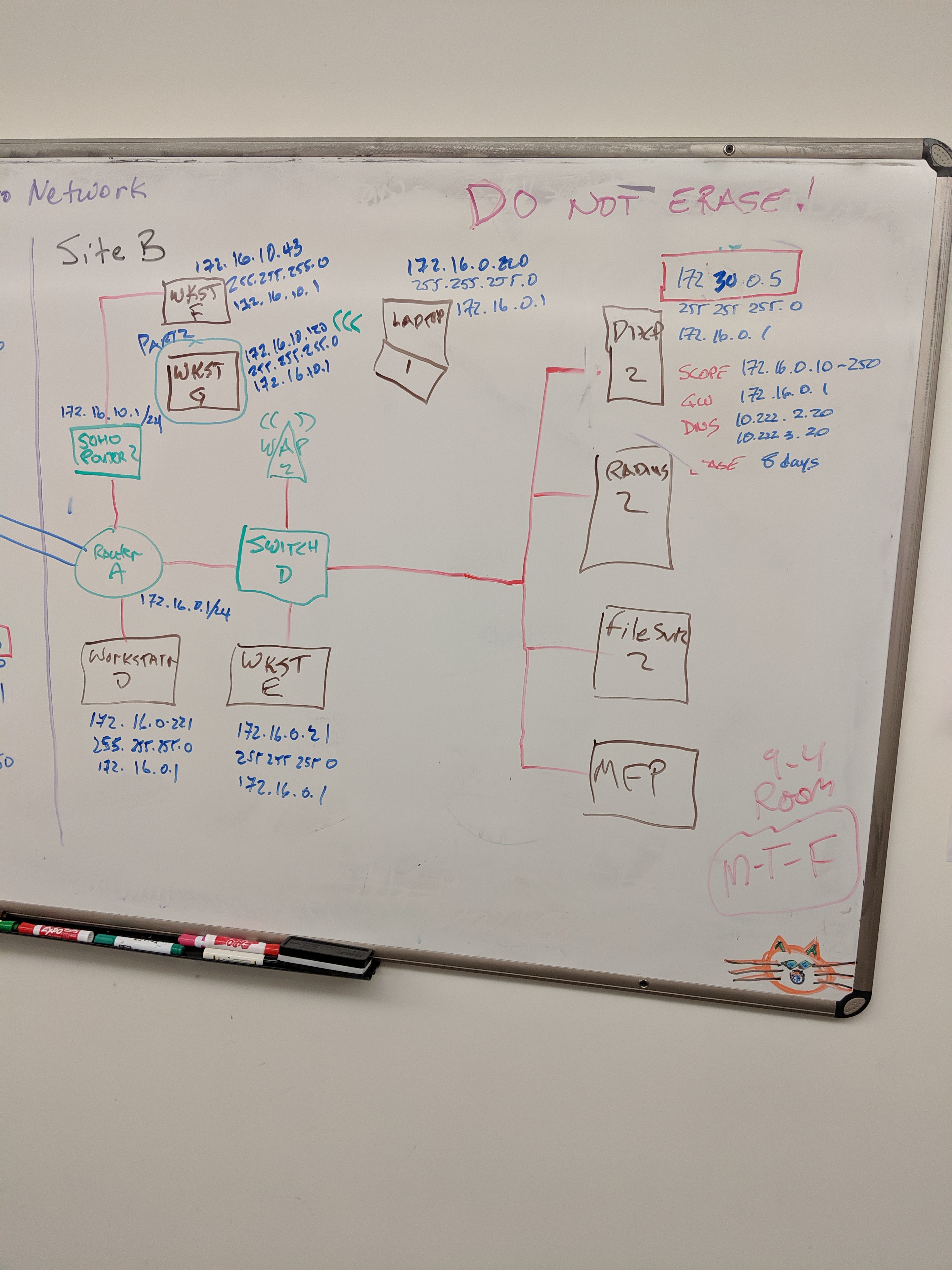