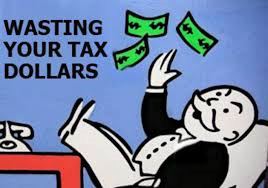 From former Senator Ted Stevens announcing that “the Internet is a series of tubes,” to the recent revocation of network neutrality to this current idiotic “bipartisan” idea (Senators Cory Gardner (R-CO) and Chris Coons (D-DE) announced the Cyber Deterrence and Response Act (S.3378) on August 23rd.) our elected officials prove over and over why lawyers in general and legislators specifically suck at tech.

It appears that these two gentlemen attended a couple of scary cybersecurity state-of-readiness meetings on Capitol Hill and became agitated enough to “take action.”  Of course if you are a legislator, “take action” means “write another stupid law.”  The basic premise of this proposed legislation is to compel the President to levy sanctions against overseas cyber-actors who attack US infrastructure or steal digital secrets (there’s an oxymoron!), intellectual property, or other information.  Here are my main problems with this bill:

My point is that these sorts of state sponsored cyber-war and cyber-espionage activities are happening all the time and are being undertaken by governments large and small and directed against both ally and enemy.  What do the Senators really propose to accomplish here?  Create a list of names of the “bad guys.”  Wow!  Take away the toys we are giving away to nations that spy on us?  You mean like Israel and the NATO allies?  That’s right, our allies spy on us too.  This bill is just adding frosting to a cake made of frosting.  I don’t think they have really thought this through, at least not while a cyber-security expert was in the room.  This bill is pointless, useless, and deserves to be put to death.

Here is another guest post offered by Josh Wardini, which first appeared in DataProt. Yesterday was Data Privacy Day.  We...