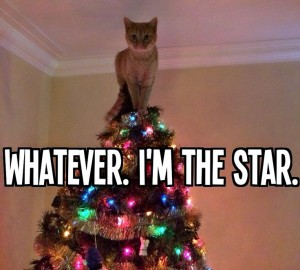 I took the day off to spend with my family, and I am hoping you have as well.

Have a Merry Christmas or holiday of your choice.

In recognition of Labor Day we are delaying our usual Monday post until tomorrow.  See you then! 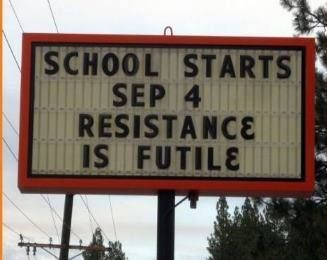 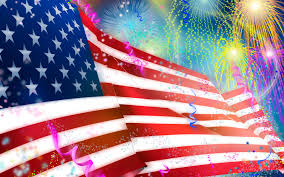 From Wikipedia:  During the American Revolution, the legal separation of the Thirteen Colonies from Great Britain in 1776 actually occurred on July 2, when the Second Continental Congress voted to approve a resolution of independence that had been proposed in June by Richard Henry Lee of Virginia declaring the United States independent from Great Britain rule.  After voting for independence, Congress turned its attention to the Declaration of ... 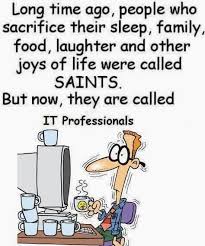 Today is the 17th anniversary of the first SysAdmin Day.  If you know a SysAdmin, who would be the person you call when your computer is on the fritz, today is the day to buy them a Hallmark card, New Egg gift card, Star Wars poster or paraphernalia, or a Raspberry Pi.  I am sure the electronic or the edible variety would both be enthusiastically received.

So give your computer ... 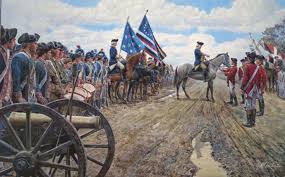 Two hundred and forty years ago a bunch of “terrorists” (one man’s terrorist is another man’s freedom fighter) signed the Declaration of Independence in Philadelphia, Pennsylvania, and declared the founding of a new nation “conceived in liberty, and dedicated to the proposition that all men are created equal.” 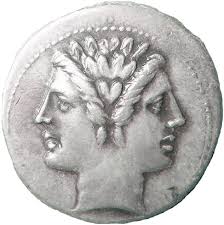 Here at WyzGuys Cybersecurity we are unplugging a bit and taking today off from our usual post.  Here’s wishing you and yours a prosperous and happy new year in 2016.

I couldn’t let this post go out without this hilarious video from my friends at Sophos.  I don’t mean to offend – but you know who you are! 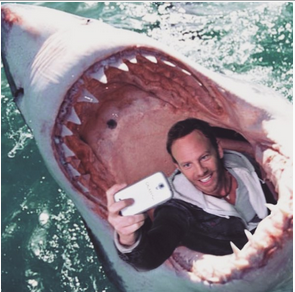 Mashable reported to wide popularity in September that in 2015, more people have died taking selfies than in shark attacks.  The score is Fatal Selfies 12 vs. Sharks 8.  Either way not a huge risk, something tells me that lightning strikes score higher (according to NOAA – 26) than either of these.  The reason this statistic is so popular is the same reason we find ... 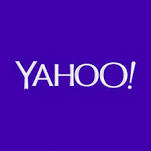 Yahoo is introducing some enhancements to its email service, including actively replacing the traditional password with something more secure that a password alone, and easier than two factor authentication a la Google Authenticator.  The new Yahoo feature is called Yahoo Account Key and use a push notification to an email customer’s cell phone or smart watch to verify a user’s identity.

Great advice, but the whole exchange by text kind of kills operational security on this caper.  From Pinterest 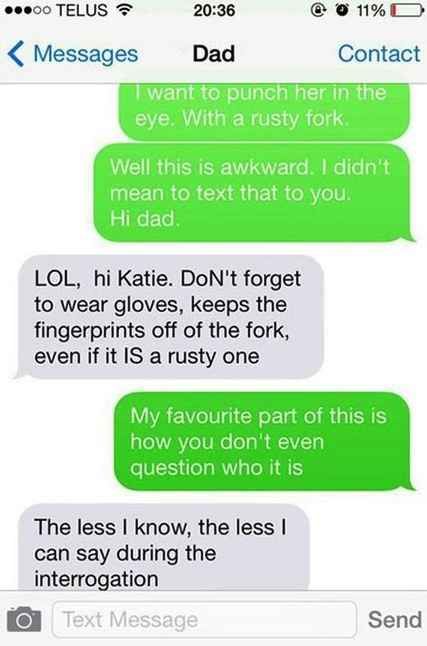 Sunday Funnies: Is it spellcheck or anatomy?

From one of my favorite cartoons, Real Life Adventures by way of Pinterest. 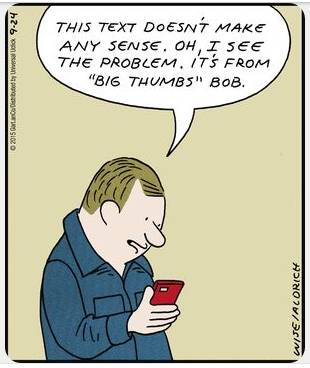