One Hundred Years Ago, Einstein’s Theory of General Relativity Baffled the Press and the Public

Few people claimed to fully understand it, but the esoteric theory still managed to spark the public’s imagination. 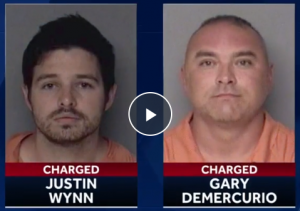 Iowegians have a reputation for being hard-headed and stubborn, but this case has become a ridiculous side show of police overstepping the boundaries of justice and just plain old common sense.  Read the most recent statement by Coalfire CEO.

The City Of Baltimore Blew Off A $76,000 Ransomware Demand Only To Find Out A Bunch Of Its Data Had Never Been Backed Up

The City of Baltimore was hit with a ransomware attack in May of this year. Criminals using remodeled and rebranded NSA exploits (EternalBlue) knocked out a “majority” of the city’s servers and crippled many of its applications. More details didn’t surface until September when the city’s government began reshuffling the budget to cover the expenses of recovering from the attack.

The person in charge of the city’s systems was Frank Johnson, who went on leave (presumably permanently) after a post-attack audit found the IT director hadn’t done much IT directing.

350+ hackers hunt down missing people in first such hackathon

We recently showed you how crooks rip off social networking passwords – here’s what they do with stolen accounts.

A quick Saturday digest of cybersecurity news articles from other sources.  Insider threat edition. Quote of the Week...