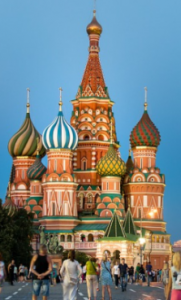 Back on March 1 2019, I reported that Russia was planning to disconnect itself from the Internet.  On November 1, 2019, the Russian Federation decreed that all Russian ISPs are required to route Internet traffic through special gateway routers run by Russian communications regulator Roskomnadzo.

The stated goal is to protect Russia from major cyber-attacks from bad actors or other nation-state run cyber operations.  This appears to operate similarly to a gigantic proxy filter.  The Russian system will provide deep packet inspection of traffic coming into the Russian Internet from the outside.

Similar ideas have been proposed by Iran, and actually been implemented by China (The Great Firewall of China).  In January the government of the Democratic Republic of Congo turned off its Internet during the presidential elections there.  Anybody detecting a trend here?  These types of programs are used by repressive regimes to limit personal liberty.

The Russian system is different because the are also attempting to run a parallel domain name resolution system, similar to the global DNS which allows us to find websites and other resources by using memorable domain names.  In effect, they will be able to control access by Russian citizens to websites both inside and outside of Russia.

My main concern about this is that the western democracies, including the United States, will decide to do something similar, by promoting the idea that such a system would “protect” us all from attacks by “the bad guys.”  What if our government are the bad guys?.  This will become just another bit of governmental control over yet another portion of our daily lives, and will inevitably restrict free speech and other liberties we currently still enjoy on good days.

Privacy proxy services such as TOR and TAILS, and the Dark Web, offers a free and unrestricted version of the Internet.  Something tells me some of us may be moving our online activity to places that are unhampered by governmental “protections” (i.e. interference).