HomeWyzGuys Tech TalkRobocalls At All-Time High – Is There Any Relief?

Robocalls At All-Time High – Is There Any Relief? 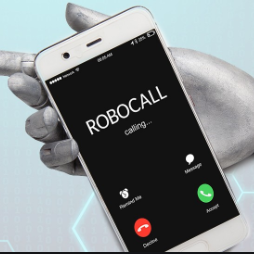 I hate robocalls.  I got rid on my land line phone because the ONLY people who called me on it were robocallers, fraudsters, and political campaigns (more fraudsters?). Now up to 80% of my cellular phone calls are robocalls.  If it seems that there are more robocalls then ever, this is not an illusion.  Robocalls have increased 46% from 2017 to 2018, and 2019 looks like the increase will be bigger yet.  Over 60 billion with a B robocalls.  One in ten Americans are scammed by robocallers.  The take by these scam artists?  $9.5 billion.

One of my clients was scammed out of $500 when he was called by “Xcel Energy”.  At least that is who the Caller ID said was calling.  Robocalling relies on Caller ID spoofing, which is why the same calls seem to come from all over the place.  Some robocallers spoof local telephone numbers in order to make the call appear local and somehow more trustworthy.

Last year the FCC was promoting Caller ID Authentication under its SHAKEN/STIR anti-robocalling initiative.  Supposedly our phone carriers should be authenticating calls come from other phone carriers before they reach our phone.  But this is not happening in a reliable way.

Fortunately there are ways to take matters into our own hands, at least in the smart phone world.  There are several smartphone apps that can help block robocalls, and we will discuss some of the best below. Other actions you can take to protect yourself are:

And as promised, here is a list of phone apps and other services you can use to block robocallers:

If robocalls are driving you up the wall, we have provided you will several options to help qwell the onslaught while the government and your cell phone carriers get their acts together.

The security thing we love to hate.  ...

A quick Saturday digest of cybersecurity news articles from other sources. Maersk, me & notPetya A great post and...

The Internet is an amazing development. perhaps the greatest invention in all of human history.  It is an unparalleled infor...

It is unimaginable for any business today to function without using any form of technology. But along with technology com...