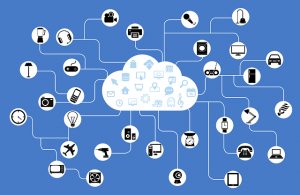 The Internet of Things (IoT) has given us a plethora of exciting and helpful computer driven devices.  But the state of IoT security remains a dumpster fire.  As these devices appear in the workplace, businesses are often failing to consider the impact these poorly secured devices have on their carefully crafted cybersecurity programs.  Every one of these devices represents a new attack surface for a cyber-attacker to exploit.

What kind of devices am I talking about?  Smart TVs, conference room displays, whiteboards, and projection systems are often network  connected these days.  Electronic door locks, thermostats, sensors of all kinds, computer attached web cameras, and surveillance systems also are routinely attached to the network.  Some IoT devices are showing up on the factory floor, and industrial control systems that used to be isolated, stand-alone systems are often connected to the network to provide for remote management.  Even network printers, as they become smarter and more powerful are sporting some sort of Linux-based operating system, and lots of processor, memory, and storage.  These printers are often devoid of any real security, and provide a pivot point for a network attacker.

In a recent report, titled “Benefits and Challenges of IoT in Business,”  cybersecurity firm Kaspersky revealed that:

There are issues that need to be addresses in any business use IoT deployment.

The use of smart devices in a business network requires extra consideration before deployment and during configuration, and additional oversight and vigilance when attached to a network.  The security built into these devices has improved, but there is still a long way to go.  Until then it is up to the cybersecurity professional to take the extra steps required to properly secure these systems.