What The Heck Is A Zero-Day? 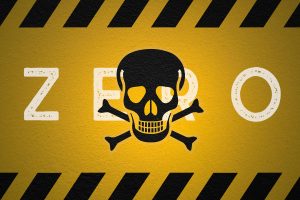 What is a “zero-day,” exactly?   In information security, occasionally there is a brand new cybersecurity vulnerability or exploit in the news, and the reporter calls it a “zero-day” exploit.  What are they talking about.  This is a concept similar to “patient zero” in medical epidemiology. This is where the bad thing started to happen.

A zero-day vulnerability is a flaw in software code that has been undiscovered before now.  Often a security researcher will discover the flaw, and the usual protocol is to report it to the software developer, giving them a chance to release a patch to fix the problem.  Then , typically, the researcher publishes their findings, alerts are released, and software gets patched.

Sometimes a manufacturer or software company will ignore the researcher, and the information is published anyway.  This causes the vulnerability to be exposed without a remediation being available, and creates a risk for users of that product.

There is not a lot that an average person can do to combat a zero-day vulnerability.  The best advice is to keep your operating system and software patched and up-to date.

Security software works on definitions for known exploits, and heuristics, or behavior based detection and quarantine capabilities to detect malware-like behavior in code.  Anti-malware definitions cannot detect zero-days, but heuristics might.  Run an anti-malware program that includes heuristics.

This is why zero-day vulnerabilities and exploits are so dangerous, they are hard to detect and sometimes impossible to remediate, at least in the beginning of the attack.