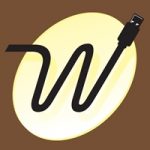 You found the perfect candidate and are ready to make an offer, then your “purple unicorn” stops responding to phone calls, texts, and emails.  What gives?  Not a tech issue, but more an HR issue.  Still, if you can’t find qualified technical staff, this might be an issue.

So long! ‘The internet’s most inept criminal’ goes to jail

The FBI took six months to track him down – what they found was a disturbed hacker with “no skills”.

“You dirty rat!”  RAT may be short for Remote Access Trojan, but the word also refers to a well-known type of rodent…Cash machine robbed by an actual rat.  The fuzzy kind.

US legislators put industrial control system security on the map

After a spate of attacks on industrial control systems (ICS), the US this week officially recognized the need to secure them with a new bill.  Legislation can’t stop hackers any more than it can stop bullets, but its a step in the right direction.

Twitter has added the ability to authenticate to the service using hardware tokens such as Yubico’s YubiKey.

WPA3 is here but how will it make Wi-Fi more secure?

Apple has released security updates to address vulnerabilities in multiple products. An attacker could exploit some of these vulnerabilities to take control of an affected system.

There are numerous security threats that companies might encounter, making it difficult to decide which ones to address first...

Well we have made it a year.  Here's some collected humor to help through the anniversary.  ...

When it comes to IP transit solutions, it helps you allow network traffic to cross or transit your network. In case you h...

The title means "disaster of the day."  I came across this chart on Facebook.  Not terribly funny, but I decided to share i...

A quick Saturday digest of cybersecurity news articles from other sources. And the beat goes on. As researches discove...