If you try to hide that your business has been hacked or you’ve paid ransomware, the Cybersecurity and Infrastructure Security Agency would like a word with you.

One of the dirty little secrets of many businesses, perhaps even most, is that far more of them than ever admit to it have been hacked. Still others end up paying ransomware, but they’ve never revealed this deep, dark secret. After all, who wants to admit to the world — and their customers — that they’ve been caught with their security pants down. 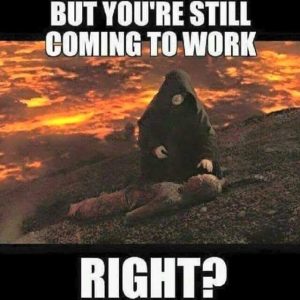 We are NOT going back to the office – ever!

Why not? Here are the big five reasons:

Here’s the latest on this trend from Computerworld:  As Omicron wanes, where does that leave working from home?

As we all know, there is a lot of content on the Internet that is just not suitable for younger users,  This article goes into some depth to help parents establish boundaries and control over their children’s Internet usage.  It is loaded with tips and techniques that any parent could use.

The Federal Bureau of Investigation (FBI) and the Department of the Treasury’s Financial Crimes Enforcement Network (FinCEN) have released a joint Cybersecurity Advisory identifying indicators of compromise associated with AvosLocker ransomware. AvosLocker is a ransomware-as-a-service affiliate-based group that has targeted victims across multiple critical infrastructure sectors in the United States including, but not limited to, the Financial Services, Critical Manufacturing, and Government Facilities sectors.

Jack Wallen takes on the age-old question of what Linux needs to succeed on the desktop. This time around, his answers have nothing to do with software.

Just because you’re the victim of a cybercrime doesn’t let you off your cybersecurity obligations.  Bad security = big fines.

Since February 27, 2022, the Twitter @ContiLeaks account and other online personas have been leaking communications containing details about threat actors and their operations. The leaks include more than 160,000 messages exchanged among nearly 500 threat actors between January 2020 and March 2022. The messages reveal close relationships among multiple threat groups and details about the GOLD ULRICK and GOLD BLACKBURN threat groups’ operations. Leaked source code and tool repositories offer unprecedented insights into previously unknown threat actors.  More… 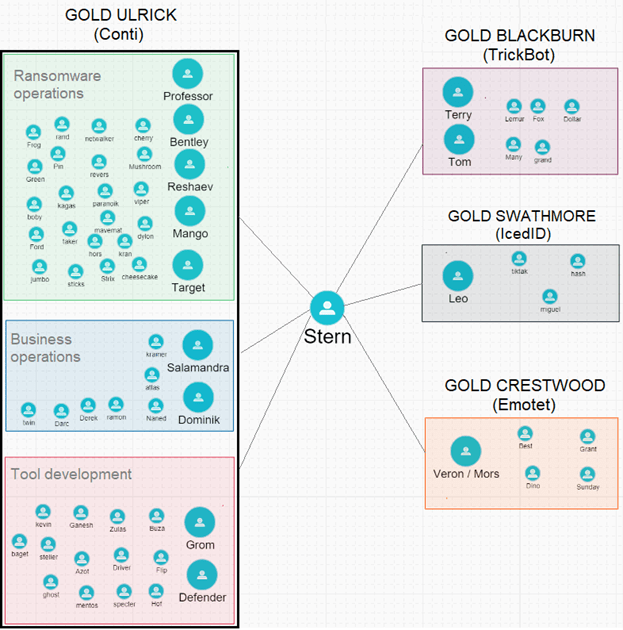 A relatively new cybercriminal group has quickly gained an infamous reputation for its unique tactics and successful attacks against several major organizations. Known as Lapsus$, the gang uses social engineering to target its victims and has reportedly hit such companies as Samsung, Okta, NVIDIA and Microsoft. In a blog post published Tuesday, March 22, Microsoft provides insight into the group’s tactics and techniques and offers tips on how to protect your organization from these attacks.

Well that was fast!

Seven alleged hackers have been arrested in the UK, as of Friday March 25.  But who are they, and which hacking crew are they from? 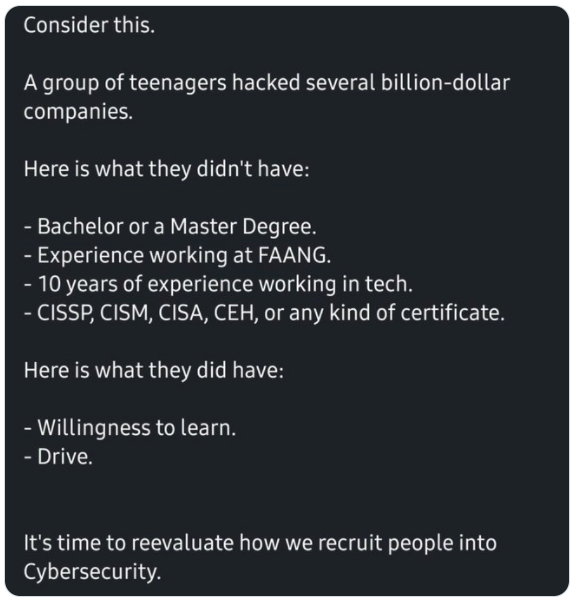 I am not in any way endorsing their crimes.  Nevertheless, they probably would be turned down for any entry level IT job they applied for, no experience, no certs, no school.  But mad, wicked skills (literally).  And an unfortunate lack of ethics.

Reminds me of a case I worked for a client that was a very prestigious, expensive, residential college preparatory academy (high school).  A student had hacked the school’s computer system and changed the grades for himself and some friends.  I asked the IT Director what had happened to the student, and per school policy he had been expelled.  It was a shame really, the kid had skills and a desire to learn, but no guidance.  They could have recruited him into the IT department, worked out an alternative punishment, and led him to a legal career in IT or cybersecurity.  Someone just needed to change his direction, and put him on the right path.  God only knows what mischief he is into now.

Serious Security: DEADBOLT – the ransomware that goes straight for for your backups

Some tips on how to keep your network safe – even (or perhaps especially!) if you think you’re safe already.

Feb 10, 2022 — On top of 3G being phased out in 2022, the transition period to swap from legacy POTS and ISDN lines to IP alternatives ends this August.

NVIDIA researchers are working with universities around the U.S. on a new system that can track atmospheric rivers and predict catastrophic rain storms up to a week in advance.

Researchers are building this forecasting model with Earth-2, a digital twin supercomputer, and FourCastNet, a physics-informed deep learning model that was trained on 40 years of weather data.

“For the first time a deep learning model has achieved better accuracy and skill on precipitation forecasting than state-of-the-art numerical models,” he said. “It makes predictions four to five orders of magnitude faster.”

In addition to forecasting the world’s weather, NVIDIA is using its autonomous vehicle and mapping software to create a digital twin of the world’s roads.

“By the end of 2024, we expect to map and create a digital twin of all major highways in North America, Western Europe and Asia–about 500,000 kilometers,” he said.

The map will be expanded and updated by millions of passenger cars, Huang said. The company is also building an earth-scale digital twin to train its AV fleet and test new algorithms. More...

And in a related story:

How to benchmark a website with the Siege command-line tool

Need to stress-test your websites to see how well they’re performing? Jack Wallen shows you how with the command-line Siege tool.