It’s now even easier to install Windows Subsystem for Linux on Windows 11. Jack Wallen lets you in on how it’s done.

Tech support scams work because they try to trick people into believing there’s a serious security crisis with their computers, says Norton Labs.

This entry was posted in General Security, PSA on October 28, 2021 by Mark Maunder   26 Replies

I’ve just gotten off the phone with a victim of the scam that I’m about to describe. This is impacting a lot of folks, so please do spread the word. It’s infuriating. I’ll be around to reply to your comments below, but please do not engage in victim-blaming, because until you’ve actually been hit by one of these scams, you don’t know how convincing attackers can be.  More… 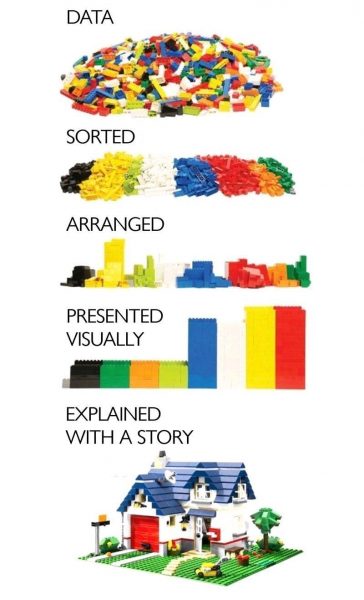 The classes I teach deal with the difference between data, which is machine useable, and information, which is human usable.  I thought this illustration does a good job of explaining how data is used in systems.

Most of the time, the data is in machine usable formats, but toward the bottom we move toward human useable data types.  For instance, in Laver 5, the Session layer of the OSI model, we begin to use protocols like SQL to arrange state in a serious of tables and create a database.

At Layer 6, the Presentation layer, data is finally turned into human usable formats using protocols such as ASCII for text, image formats like JPG and PNG, audio formats such as MP3, and so forth

This is just a great illustration of the different steps data can take moving through a data processing system.

Companies that pay ransomware attackers get thumbs down from consumers

More than half of those surveyed by data management firm Cohesity said that companies that pay the ransom in an attack encourage ransomware and bad actors.

CISA encourages users and administrators to review the IOCs and technical details in FBI Flash CU-000153-MW and apply the recommend mitigations.