Traffic Lights Are Easy To Hack 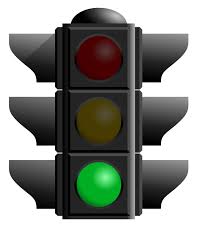 According to a presentation made by Cesar Cerruda, a security researcher and CTO at IOActive Labs, computerized city infrastructure components such as traffic lights and other utilities are vulnerable to cyber attacks.

Remember the scene in the movie “The Italian Job” where “the Napster” took control of the traffic lights in order to give his cohorts a literal green light to escape?  Or the scene in “Live Free and Die Hard” at the beginning of the fire sale where all the lights turned green at once?  Well this is not fiction.  According to Cerruda, poorly written code, lax or absent security, lack of encryption and other issues make traffic management systems is to subvert.  He said he was able to change speed limit signs, control traffic lights, and have ramp meter lights send all traffic to the freeway at once.

According to a New York times report, the energy industry has become one of the most active targets for cyber attackers since 2013.

Not much any of us can do about this individually, but you might take a quick look for cross traffic the next time your light turns green.