The Increasing Use of Mobile Spyware Apps 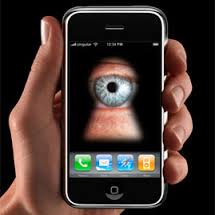 Never in human history has there been a platform for tracking, eavesdropping, reconnaissance, and surveillance like the smartphone.  With the right malware or phone store app, a marketing company, suspicious spouse, parent, nation-state cyber-spy, or your own government or law enforcement agency can easily spy on anyone carrying a smartphone.  Mobile devices often provide a bridge between a target’s personal life and professional life, allowing an attacker a way into secured business, government, and military networks.

There are “legitimate” smartphone apps that can be found in the Apple and Google stores that can be installed by anyone with access to the phone that will permit phone surveillance.  These apps are often installed by parents on the phones of their children.  Not so bad.  But they can also be installed by a jealous or possessive spouse, or by people getting a divorce who use the apps to collect evidence against their spouse or ex.  Or by a stalker or other total stranger.

Recently, the FTC settled a case with phone app developer Retina-X, sellers of “stalker-ware” apps MobileSpy, PhoneSheriff and TeenShield. According to the FTC, Retina-X did not ensure purchasers were using the apps for legitimate purposes. To install the apps, purchasers often had to weaken the security protections on the smartphone by jailbreaking or rooting the phone. Once installed, they could remove the app icon to prevent the target from knowing they were being monitored. Even for legitimate uses Retina-X failed to keep data confidential and secured, even the information of children.

Many repressive governments and regimes are using smartphone exploits to track political opposition and suppress free speech, manipulate the outcome of elections, and locate, arrest, and imprison dissenters.

Nation-state cyber operators have become an even greater threat.  Zero-click exploits favored by governmental attackers can cost $2.5 million.  Users of these exploits in the United States include the DHS, NSA, FBI, CIA, and the US Cyber Command.  More worrisome (perhaps) are the many ways countries such as the Russian Federation, China, North Korean, Vietnam, Iran are using smartphone exploits to set up advanced persistent threats.  Targets of these cyber-operations include Mongolia, Pakistan, Bangladesh, Japan, Europe, and of course the United States.  The industrial sectors targeted by these actors include critical infrastructure, electric, oil, and gas companies and utilities, chemical companies, manufacturers, governmental agencies, and military units.

There was an interesting case involving Hamas and the Israeli Defence Force that was reported in this blog previously.  Using an online dating app, Hamas was able to install tracking and surveillance malware into the phones of Israeli soldiers and use the phones to track troop deployment and eavesdrop on conversations.

What can you do about all this spying?  Unfortunately, the answer may be not enough.  But US-CERT (CISA) has provided the following tips to limit surveillance apps on your smartphone or other mobile device:

These are scary and interesting times we live in.  None of us can conceive of living without our smartphone, yet they are such a dangerous tool that can be subverted against us.  Smartphones probably require MORE security controls than a typical desktop computer because of the power, mobility, and portability of these devices.  Make sure you do something to protect yours.

How I Got A Job In Cybersecurity

How do you get a job in cybersecurity?  Here's how it worked for me. I have joined several LinkedIn and Facebook groups t...

Infographic – The History of Storage and Backup

If you have been following me for a while, you know that the history of technology is an interest of mine.  Here is an infog...

Sunday Funnies – Back to School

A funny picture from my friend Milo. ...

A quick Saturday digest of cybersecurity news articles from other sources. AA20-198A: Malicious Cyber Actor Use of Net...

Happy SysAdmin Day! Today is the annual recognition event for all the sysadmins, technical support specialists, and cybersec...

Certification Testing During the Pandemic

As an instructor of information technology and cybersecurity certification prep classes, my students have all expressed conce...