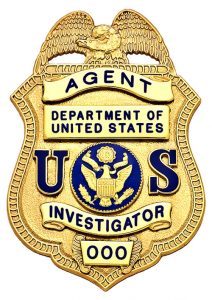 Law enforcement agencies never stop complaining about how hard their jobs are. The crooks are using technology in criminal activities, and hiding themselves on the Internet using anonymizing proxies such as TOR, and VPNs.   And how it would be so much easier if they just could have a convenient “backdoor” to break encrypted messages.  The truth of the matter is that because of the all information that is collected about all of us on the Internet, they have NEVER HAD IT SO GOOD.

Cryptologist and cybersecurity expert Bruce Schneier pointed out a couple of articles about the new surveillance capabilities of law enforcement that take full advantage of data mining the Internet.  I have provided links below.

How have the police gotten their hands on this information?  Sadly, we gave it to them every time we opened a social network account such as Facebook or LinkedIn.  The government itself already collects tons of information about us such as birth, death, and marriage certificates, property ownership and tax records, employer and income records.  Then there is the pervasive collection of personal information by what is now called “the surveillance economy.”  Google, Amazon, Microsoft, and countless other companies save and analyze information about our online activities, communications, and transactions, using this information themselves and selling to others for marketing and advertising purposes.

What if there was a tool, a product or software program that could pull information from all these various databases and compile a profile on a “person of interest,” an “unsub,” “illegal immigrant'” or a “suspected terrorist?”  Wouldn’t that be great?

Edward Snowden first alerted us in 2013 to the illegal and pervasive surveillance by the NSA and CIA against not just foreign agents and threat actors, but also US citizens.  Now there is a product for law enforcement agencies large and small that provides the same sort of surveillance power.  This product is called Palantir Gotham.  The Vice.com article shows in detail how “The Palantir user guide shows that police can start with almost no information about a person of interest and instantly know extremely intimate details about their lives.”  According to the article:

“Some data sources—like marriage, divorce, birth, and business records—also implicate other people that are associated with a person personally or through family. So when police are investigating a person, they’re not just collecting a dragnet of emails, phone numbers, business relationships, travel histories, etc. about one suspect. They’re also collecting information for people who are associated with this suspect.”

And so much more…

And if that isn’t enough to make your hair stand on end, a related article in Engadget, the FBI has released a Request for Proposal (RFP) for a new social network monitoring tool they would like to have built for them.  According to the article:

“The tool would provide the FBI with access to the full social media profiles of persons-of-interest. That could include information like user IDs, emails, IP addresses and telephone numbers. The tool would also allow the FBI to track people based on location, enable persistent keyword monitoring and provide access to personal social media history. According to the RFP, “The mission-critical exploitation of social media will enable the Bureau to detect, disrupt, and investigate an ever growing diverse range of threats to U.S. National interests.” “

There is a certain part of me that thinks “why shouldn’t the cops have what Google has” in the way of personal information access.  But Google is never going to show up at my door with a SWAT team, break down my front door, and carry me off in handcuffs, and accuse me of a crime I didn’t commit.  And when you consider the many, many times that police have been caught using computer database information to stalk pretty females officers, and use these tools as an online dating platform, the potential for similar types of abuse are staggering.

And then, what if the cops get hacked?

If you still have a smidgen  of concern about your Constitutional Rights, or personal privacy, you ought to give these articles a read.

How I Got A Job In Cybersecurity

How do you get a job in cybersecurity?  Here's how it worked for me. I have joined several LinkedIn and Facebook groups t...

Infographic – The History of Storage and Backup

If you have been following me for a while, you know that the history of technology is an interest of mine.  Here is an infog...

Sunday Funnies – Back to School

A funny picture from my friend Milo. ...

A quick Saturday digest of cybersecurity news articles from other sources. AA20-198A: Malicious Cyber Actor Use of Net...

Happy SysAdmin Day! Today is the annual recognition event for all the sysadmins, technical support specialists, and cybersec...

Certification Testing During the Pandemic

As an instructor of information technology and cybersecurity certification prep classes, my students have all expressed conce...