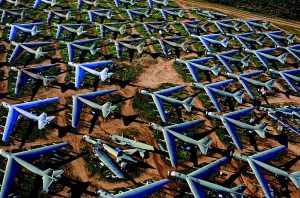 The Cold War ran from 1947 to 1991, and rarely saw actual combat between the two super powers:  the United States with its NATO allies, and the Soviet Union (USSR) and the Warsaw Pact nations of the Eastern Bloc.  Some of the main battles between these two sides were in Korea and Vietnam.  But there were plenty of other skirmishes:  The Cuban Missile Crisis, Grenada, Afghanistan, and others.

Both sides engaged in a massive arms race, that included the space race.  Once the Wall fell in Berlin, and the Iron Curtain crumbled, the world was left with lots of left-over weapons stockpiles and military sites. 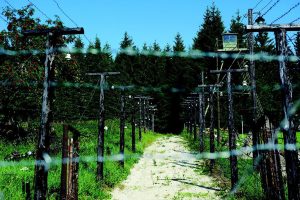 The Smithsonian recently published some photos of these places in their online magazine.  These images are part of a book that historian and author Robert Grenville.  He has immortalized some now-deserted sites of the conflict in his new book, Abandoned Cold War Places.  Follow the link if you want to see more of the pictures and read the interview with the author.

A quick Saturday digest of cybersecurity news articles from other sources. Anniversary of the dedication of the ENIAC ...

Infographic – The Internet of Hackable Things in Your Daily Life

Today I share an infographic provided by repeat guest poster Siege Media.  The Internet of Things is full of cool new device...

Phishing and Spearphishing Is Still The Number One Attack