Russia Meddles in Another Election – Sweden

I recently caught a story on the BBC World News via PBS.  Anders Thornberg, the director of Swedish Security Services (SAPO) was accusing the Russians of engaging in social media driven misinformation campaign very similar to what happened in recent elections in France and Germany, and in the US during the last Presidential Election.  Evidently Putin is concerned that Sweden may join NATO, and is actively campaigning for candidates who are opposed to NATO. 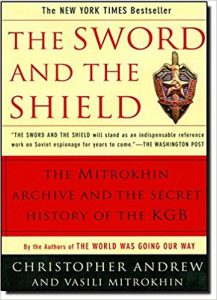 I recently read “The Sword and the Shield: The Mitrokhin Archive and the Secret History of the KGB.”  The book gives interesting context to Russian meddling in the upcoming Swedish elections, recent elections in France and Germany, as well as the last US Presidential Election.  The book detailed a long running series of campaigns by Soviet espionage services, principally the KGB and GRU, to infiltrate, turn journalists, and influence newspapers, magazines, and television news services with the purpose to placing stories that were favorable in some way to the political objectives of the USSR.

So using media to try and influence elections and other political activities in target countries is nothing new for the Russians.  The difference is that using the Internet and especially social media and Internet new networks has made this activity blisteringly more effective.

The point of this all is that we need to be more skeptical consumers of news and other posts on the Internet.  Trump may have beat the term “fake news” to the point where we are all sick of hearing the term, but it is a very real and dangerous element to the Internet that is having effects on the real world around us.  The Internet makes many things easier to accomplish, including the spreading of misinformation and influencing groups of people to believe what is essentially a load of bullshit.  So consider the source, and don’t believe everything you read on Facebook.

A quick Saturday digest of cybersecurity news articles from other sources. Anniversary of the dedication of the ENIAC ...

Infographic – The Internet of Hackable Things in Your Daily Life

Today I share an infographic provided by repeat guest poster Siege Media.  The Internet of Things is full of cool new device...

Phishing and Spearphishing Is Still The Number One Attack