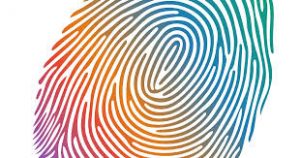 Recently there were a couple of notable fails in biometric authentication.  The fingerprint reader in Samsung’s Galaxy S10 and Note10 smartphones will allow any finger to open the phone if the user has installed a cheap screen protector film.  In security parlance, this is a “fail-open” or “false positive” scenario.  An update is pending.  And Google’s new Pixel 4 phone’s facial recognition security ap will open the phone even if your eyes are closed, making it possible for someone else of unlock your phone when you are asleep.  Again, a fix is pending.

Biometrics have become a favorite method of many manufacturers for securing phones, tablets, and other devices, principally because its ease of use makes these solutions popular with consumers.  But biometrics has its problems.

NIST, the government agency tasked with providing information security standards for federal government networks, is not a fan of biometric authentication, for the following reasons:

According to NIST, biometrics should only be used as a third factor in a multi-factor authentication system, which also includes something you know, like a password, and something you have, like an authenticator app.

For the meanwhile, my recommendation is to use biometrics sparingly, and in combination with at least one other factor.