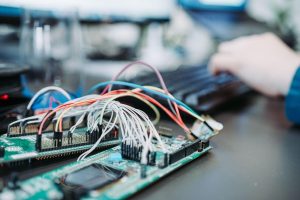 Explore what identifying and authenticating IoT (Internet of Things) is all about. This article discusses schemes available for IoT identification and authentication in depth. You will also get to know why it is essential to carry out both processes.

IoT refers to technology known as the Internet of Things. It is a transformative and beneficial technology that numerous industries adapt. In simple terms, IoT is a digital network of items and objects connected through the internet. Essentially, the Internet of Things is not just an online activity but a cloud that connects actual physical items. These items usually have sensors and software tailored to exchange information and connectivity via an internet connection with other devices. It is one of the reasons many refer to IoT as smart technology.

A simple example of IoT is your smartphone. Over the years, it has become possible to connect multiple gadgets to the smartphone. Appliances and devices like televisions, fridges, lights, sound systems, alarms, and thermostats can be connected and controlled using associated devices.

IoT facilitates robust machine-to-machine communication eradicating the need for human intervention. The technology continues to transform numerous industries, including online gambling, making fun games like the release the Kraken more accessible through mobile-friendly casinos. Below, however, we will not be talking about the industries that adapt the Internet of Things. Instead, we will comprehensively look into identifying and authenticating IoT objects.

What is Identification and Authentication in IoT

Identifying and authenticating the IoT refers to ways in which you can securely access all connected devices. Authentication is crucial so that you can be certain IoT devices are what they claim to be. The devices need to have IoT device identification that can be authenticated when connecting to a gateway or server. It enables IT administrators to track the devices and communicate with them through their lifecycle to prevent harmful activities. When this happens, administrators can remove privileges from any object that starts to show strange behavior. With this in mind, let’s individually look at IoT identification and authentication.

What is IoT Identification?

Identification is the first requirement of the IoT protocol. It is considered proof of identity of all the objects in the IoT world. Identity is a key factor in creating connections or relationships, and it’s critical for the success of the IoT system. It facilitates the identification of billions of heterogeneous objects while using the internet to manage remote objects.

Identification also links devices to information associated with a specific object that can be retried from a server. The process enables objects to communicate with other objects via the internet either in the same or different scopes. Various IoT identification methods have been proposed over the years, including but not limited to:

When talking about IoT identification, it also helps to discuss the Internet of Things identity management. It aims to build and manage confidence in a machine’s identity that interacts with other applications, devices, gateways, and clouds. It may include the authentication and authorization of devices that use an IoT network: 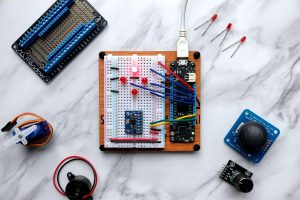 IoT authentication refers to a model that is used to foster trust regarding the identification of IoT objects. It primarily happens not only to protect data but to regulate and limit access when details travel via an unsecured network such as the Internet. Strong IoT authentication is critical, especially when it comes to unauthorized users or devices gaining illegal access to any connected IoT machines and devices. Additionally, authentication also helps to prevent attacks from objects masquerading as Internet of Things devices. With authenticating, devices that are not connected on the network cannot access any data stored on servers such as images, recorded information, and other sensitive details. IoT authentication helps devices to prove their unique identities to servers. IoT in 2021 presents three main standard authentication methods, i.e:

Several methods are used to achieve strong IoT authentication, including:

When handling any IoT project, it’s crucial to select the suitable IoT authentication model to block any communication attempts from unauthorized servers. Before choosing the ideal model, factors to consider include budget, hardware capacity, energy resources, security requirements, connectivity, and security expertise.  Examples of IoT authentication models to select from include:

TPM provides three key features that are relevant to IoT authentication. One is secure boot-up. The other two are identification of the device and establishing RoT (root of trust).

They are ideal for developers who are not working with strict safety requirements.

IoT security is one of the areas where identification and authentication play a huge role. It is because it helps to protect your devices from commands made by unauthorized users. It also helps to protect personal data from various cyberattacks.  Keep in mind that IoT architecture is not one technology. It is a connected environment that features multiple machines. The best part about this is that the devices work perfectly without interference from humans.

The goal of authentication is to establish the identity of each endpoint in the system. Every IoT device needs an explicit digital identity that can be checked when connecting to a gateway or central server. The endgame is to eliminate and prevent any malicious attack risks.

We would love to continue the conversation about the identification and authentication of IoT objects. What other options do you know that can secure IoT objects effectively? Let us know in the comment section below.

Arthur Rowley is an avid writer specializing mostly in technology and marketing. Having spent years finessing his craft, he now can ensure you that Arthur has much acclaim for these areas and dedication to providing high-quality blogging content.