Guest Post – Have an Android Smartphone? Beware of Agent Smith 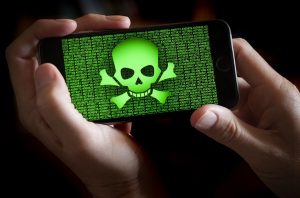 Agent Smith is frightening Google Android users around the world. This malware has replaced legitimate apps with malicious versions on 25 million Android devices. Here is what you need to know.

Around 25 million Google Android devices have been infected with a new variant of mobile malware. Once on a device, it replaces legitimate apps with malicious versions, which has led researchers to refer to this malware as “Agent Smith” — the iconic villain in “The Matrix” movie trilogy who transforms from a system agent (i.e., an AI program) to a self-replicating virus that spreads itself at an alarming rate.

The malicious versions of the apps bombard victims with ads from which the cybercriminals profit. While most of the victims are located in India (15.2 million), there are nearly a half a million victims in the United States and the United Kingdom.

How the Malware Works

Agent Smith is sophisticated malware that works in three stages:

Although Agent Smith is designed to display fraudulent ads at this point, it has the potential to carry out more dangerous types of activities. The researchers noted that “it could easily be used for far more intrusive and harmful purposes such as banking credential theft and eavesdropping. Indeed, due to its ability to hide its icon from the launcher and impersonate existing user-trusted popular apps, there are endless possibilities for this sort of malware to harm a user’s device.

How to Protect Your Android Device

To protect your Android device from Agent Smith and other mobile malware, you can take several precautions. For starters, you should not install apps from untrusted sources. Although malicious apps are sometimes found in the Google Play store, it is still safer to download apps from Google Play than third-party app stores and websites.

Another important measure to take is to install operating system, app, and firmware updates as soon as they are available. This will help protect your device from malware that exploits known security vulnerabilities. With the vulnerabilities patched, cybercriminals might not be able to install their malware on your device.

CHIPS has received many industry awards and accredations however, Tony is most proud that his team has been asked to help secure the Critical Infrastructure of the Twin Cities by bringing to market a proven technology that was previously only available to Federal Government Agencies.

You can follow CHIPS via Social Media and stay connected with their blog.