Most people aged between 16 and 54 own smartphones that are connected to the internet. There’s a popular opinion that cyberattacks came with the increased usage of mobile phones and the world wide web. However, not many people know that what’s considered to be the first hack happened back in the 1960s.

Back then, hackers weren’t even called hackers. They were seen as mischievous individuals who couldn’t do much harm. Let’s take a look at how cybercrime evolved through history into what we know and witness today.

When computers were stored in a controlled environment and cost a lot of money to keep them running, students and experts were curious about how they worked. A couple of employees at Bell Labs, Dennis Ritchie and Ken Thompson, created what’s today known as the first authentic hack. It was a computer program called UNIX that acted as an open set of rules to keep machines operating on a computer frontier.  (Comment – UNIX was the first machine portable operating system.  It could run on almost any system)

This year was also when MIT students started working on speeding up and improving hardware and software. MIT became home to the hacker culture that soon started developing at other universities, such as Stanford and Carnegie Mellon.

The First Person to Be Found Guilty of Cybercrime – 1981

The 1980s were a time when hacking became serious—so serious that Ian Murphy, a.k.a. Captain Zap, was the first person to be found guilty of hacking.

Ian hacked into AT&T’s computers to manipulate their internal clocks. He managed to allow people to make phone calls during the day at a discount that was usually available during the night. Ian got 1,000 hours of community service and over two years of probation.

The virus managed to reach and infect 6,000 computers. The damage was estimated between $100,000 and $10 million. This inspired the creation of today’s DDoS attacks, even though it started as an unfortunate accident.

There are different types of hackers. Some hack for fun, others to steal. On June 1, 1990, Kevin took over the telephone line in Los Angeles radio, where he was the 102nd caller and won a Porsche 944 S2 as a prize. Soon enough, the FBI started pursuing him, and he was a fugitive until April 1991.

In 1994, he pleaded guilty to several charges, including fraud, conspiracy, and wiretapping. He served five years and was the first American who was banned from using a computer for three years after his release from prison.

Brothers Hao Jinglong and Hao Jingwen were the first to be sentenced to death for hacking. They hacked into the Industrial and Commercial Bank of China’s computer network and moved 720,000 yuan, the equivalent of $87,000, to fake accounts.

Even though Hao Jinglong was originally sentenced to death, the sentence was suspended because he decided to testify against his brother. He got a life sentence instead.

Michael Calce, a.k.a. MafiaBoy, was a 15-year-old who decided to wreak havoc on Amazon, eBay, CNN, and Yahoo. He unleashed a DDoS attack, which allegedly caused $1.2 billion in damage. Yahoo was his first target. He called this project Rivolta, which means rebellion. He wanted to establish dominance for himself and his cyber group.

He was soon caught and pleaded guilty to most charges. Because he was a minor, he was sentenced to eight months of open custody and one year of probation. He also had to pay a fine and had restricted access to the internet.

This was one of the more severe cyberattacks in recent history. It was a series of counter-espionage cyberattacks that the Chinese government carried out against leading companies such as Google, Adobe, and Microsoft.

The experts claim that the main goal of this attack was counterintelligence. It was a highly sophisticated attack on Google that helped attackers gain access to the Gmail accounts of Chinese human rights advocates. It was later discovered that the Chinese attackers were actually researching if the US government uncovered the identity of Chinese agents operating in the US.

Even though this attack might not seem that significant today, back then, the massive outage put Sony through hell. In the spring of 2011, Sony announced that a hacker gained access to 77 million PlayStation Network users’ accounts. This included financial information as well. Sony had to close the Network for 23 days.

Sony lost profits and suffered multiple class-action lawsuits. Eventually, it had to give free PlayStation 3 games to get users back online. Because of this hack, companies updated their terms of service to force users to give up the right to file a lawsuit due to security breaches.

The Snowden leaks are known to be the most important cybersecurity event of the decade. Snowden exposed a global surveillance network that was set up after the 9/11 attacks. Thanks to these and many other revelations, people realized that many countries were using the internet to spy on their citizens.

Snowden is currently in Russia, with a granted permanent residency. He published a 2019 autobiography called Permanent Record, which was a New York Times bestseller.

Mt Gox was a Tokyo-based cryptocurrency exchange that was, at one point, responsible for about 70% of bitcoin transactions. Before the main hack, the exchange suffered minor security issues. In 2011, hackers started using stolen credentials to transfer bitcoins. By 2014, users started complaining about missing their withdrawn funds.

In February 2014, Mt Gox suffered a fatal blow. This exchange had to cancel all transactions because it detected suspicious activity in its wallets. The company found out that it had lost over 850,000 bitcoins. Eventually, it had to file for bankruptcy.

The biggest data breach in the year of the pandemic happened to a cosmetic company Estee Lauder. In February 2020, hackers gained access to 440 million records. They uploaded the records to an unprotected online database.

Nobody knows how long the information was available nor what method the hackers used to attack. Unfortunately, there are speculations that hackers could build encryption backdoors and compromise the company in the future.

At first, people were interested in how computers worked. These smart individuals created programs to explore the power of machines. Unfortunately, these programs also served as inspiration for cyberattacks we see today.

Humanity came a long way from the first hack in the 1960s. Today, we must protect our computers and mobile devices and think of ways to prevent data breaches. Hackers are becoming smarter and more resilient by the day, and it remains to be seen whether the security we have can keep us protected. 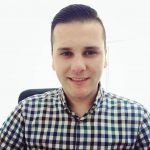 “After obtaining a Master’s degree in International Business, Trade, and Corporate Law, it’s not a coincidence I ended up co-founding The High Court. With the help of my amazing team, we aim to connect job seekers with the best job offers in the law niche available in the US. Apart from that, I am a huge sports and electronic music enthusiast and spend most of my time binge-watching TV shows or hanging out with friends.”