Fifty Years of The Internet 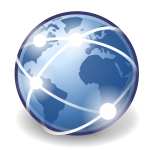 Believe it or not, the Internet has been with us for 50 years.  The Internet has its origins in the Advanced Research Projects Agency Network (ARPANET), which began operation just over 50 years ago, in October 1969, with only two nodes.  By December there were four nodes, at UCLA, Stanford, UC Santa Barbara, and the University of Utah.  These early “inter-networked” devices were connected to Interface Message Processors (IMPs) that were connected to dedicated 50 kbps telephone circuits.  The ARPANET was one of the first computer networks to use packet switching to connect computers that were from different manufacturers and used different operating systems.  It used something new called the TCP/IP Protocol Suite to communicate.  TCP/IP is stilled used today on both the Internet and every local area network (LAN) on the planet. 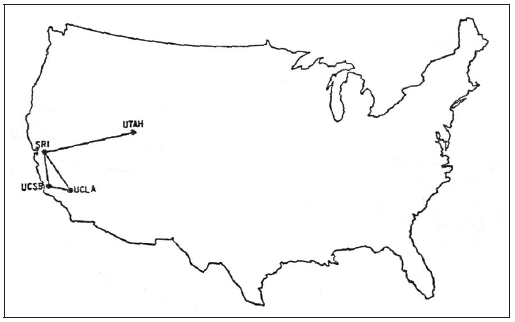 In the middle 1980’s other networks began to connect to the ARPANET, starting with the National Science Foundation and the NSFNET, NASA, the US Department of Energy.  In Europe, France’s CYCLADES Project. and other countries connected to the NORDUNET were also connected to the ARPANET.  By 1991 the Internet is comprised of over 500 networks in roughly 40 countires, with 7000 connected computers.

Around the same time, in Switzerland at CERN, Tim Bernards-Lee created the World Wide Web protocol, and placed the first HTTP documents online.

Early users of the Internet were governments and other public sector agencies, colleges, universities, and scientific research centers.  In the middle 1980 there was a growing demand for commercial access to the Internet, and by 1990 most restrictions to commercial usage were removed.

The Internet has totally revolutionized just about every aspect of human existence, on par with other change events such as the movable type printing press (Gutenberg, 1439) and the Industrial Revolution which started in the 1700’s.  When I was preparing to write this article, I couldn’t think of any part of my life that has not been changed by the Internet.