Microsoft has announced some big changes that will finally give Windows users more control over updates and releases. 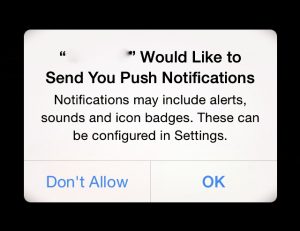 Mozilla doesn’t yet know how to solve the problem of website push notification spam in the Firefox browser, but it’s working on it.  For now, just say NO!

A Facebook hoax from 2011 is doing the rounds again. Don’t fall for it, do something useful instead.

How the CIA Turned the Tables on Soviet Industrial Espionage  [Video]

Thanks to information provided by President Mitterrand of France, the U.S. knew the U.S.S.R. was stealing tech. Now, the C.I.A. had a plan—adjust the technology being stolen so it ended up sabotaging their rivals. (4:15)

A new report claims that mobile finance apps are littered with security bugs.

Third-party cyber threats are impacting major business decisions, according to a BitSight and CeFPro report. Here are some of the biggest challenges.

Is your hard drive exposed online?

Over 13,500 internet-connected storage devices have been exposed online by users who didn’t set passwords for them.

2m credit cards ripped off from restaurant chain, sold on the dark web