How to Surrender to a Drone

[2022.12.19] The Ukrainian army has released an instructional video explaining how Russian soldiers should surrender to a drone:

“Seeing the drone in the field of view, make eye contact with it,” the video instructs. Soldiers should then raise their arms and signal they’re ready to follow.

After that the drone will move up and down a few meters, before heading off at walking pace in the direction of the nearest representatives of Ukraine’s army, it says.

The video also warns that the drone’s battery may run low, in which case it will head back to base and the soldiers should stay put and await a fresh one.

That one, too, should be met with eye contact and arms raised, it says.

[2022.12.20] Mandiant is reporting on a trojaned Windows installer that targets Ukrainian users. The installer was left on various torrent sites, presumably ensnaring people downloading pirated copies of the operating system:

Mandiant uncovered a socially engineered supply chain operation focused on Ukrainian government entities that leveraged trojanized ISO files masquerading as legitimate Windows 10 Operating System installers. The trojanized ISOs were hosted on Ukrainian- and Russian-language torrent file sharing sites. Upon installation of the compromised software, the malware gathers information on the compromised system and exfiltrates it. At a subset of victims, additional tools are deployed to enable further intelligence gathering. In some instances, we discovered additional payloads that were likely deployed following initial reconnaissance including the STOWAWAY, BEACON, and SPAREPART backdoors.

One obvious solution would be for Microsoft to give the Ukrainians Windows licenses, so they don’t have to get their software from sketchy torrent sites.

“You still have a lot of soldiers bringing cellphones to the frontline who want to talk to their families and they are either being intercepted as they go through a Ukrainian telecommunications provider or intercepted over the air,” said Alperovitch. “That doesn’t pose too much difficulty for the Ukrainian security services.”

“Security has always been a mess, both in the army and among defense officials,” the source said. “For example, in 2013 they tried to get all the staff at the ministry of defense to replace our iPhones with Russian-made Yoto smartphones.

“But everyone just kept using the iPhone as a second mobile because it was much better. We would just keep the iPhone in the car’s glove compartment for when we got back from work. In the end, the ministry gave up and stopped caring. If the top doesn’t take security very seriously, how can you expect any discipline in the regular army?”

This isn’t a new problem and it isn’t a Russian problem. Here’s a more general article on the problem from 2020.

[2022.12.26] Last August, LastPass reported a security breach, saying that no customer information — or passwords — were compromised. Turns out the full story is worse:

While no customer data was accessed during the August 2022 incident, some source code and technical information were stolen from our development environment and used to target another employee, obtaining credentials and keys which were used to access and decrypt some storage volumes within the cloud-based storage service.

To date, we have determined that once the cloud storage access key and dual storage container decryption keys were obtained, the threat actor copied information from backup that contained basic customer account information and related metadata including company names, end-user names, billing addresses, email addresses, telephone numbers, and the IP addresses from which customers were accessing the LastPass service.

The threat actor was also able to copy a backup of customer vault data from the encrypted storage container which is stored in a proprietary binary format that contains both unencrypted data, such as website URLs, as well as fully-encrypted sensitive fields such as website usernames and passwords, secure notes, and form-filled data.

That’s bad. It’s not an epic disaster, though.

These encrypted fields remain secured with 256-bit AES encryption and can only be decrypted with a unique encryption key derived from each user’s master password using our Zero Knowledge architecture. As a reminder, the master password is never known to LastPass and is not stored or maintained by LastPass.

[2022.12.28] An enterprising individual made fake parking tickets with a QR code for easy payment. 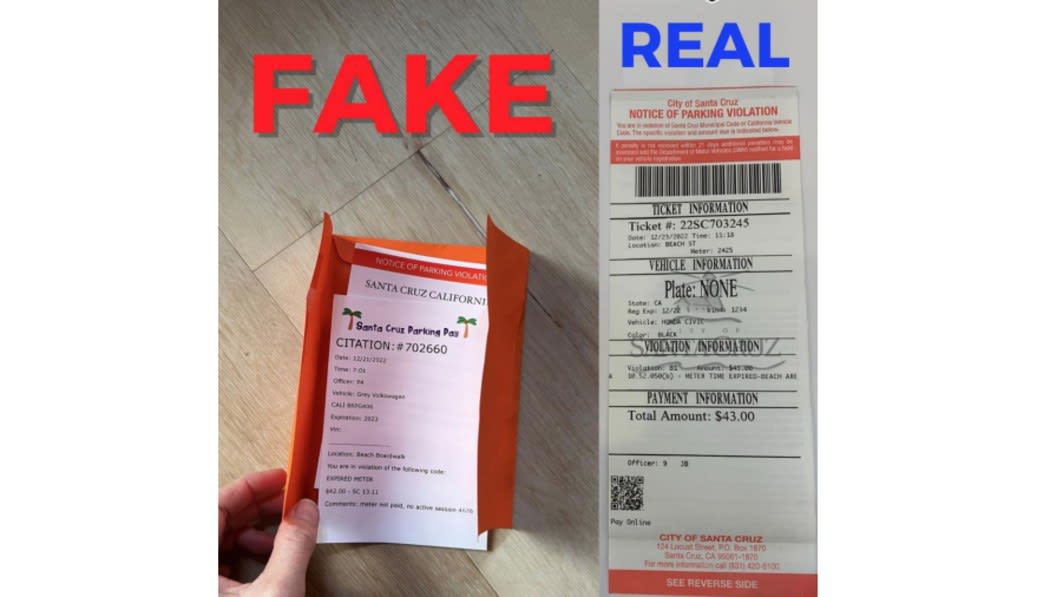 Breaking RSA with a Quantum Computer

[2023.01.03] A group of Chinese researchers have just published a paper claiming that they can — although they have not yet done so — break 2048-bit RSA. This is something to take seriously. It might not be correct, but it’s not obviously wrong.

The Chinese group didn’t have that large a quantum computer to work with. They were able to factor 48-bit numbers using a 10-qbit quantum computer. And while there are always potential problems when scaling something like this up by a factor of 50, there are no obvious barriers.

Honestly, most of the paper is over my head — both the lattice-reduction math and the quantum physics. And there’s the nagging question of why the Chinese government didn’t classify this research. But…wow…maybe…and yikes! Or not.  More…

[2023.01.06] This group has found a ton of remote vulnerabilities in all sorts of automobiles.

It’s enough to make you want to buy a car that is not Internet-connected. Unfortunately, that seems to be impossible.