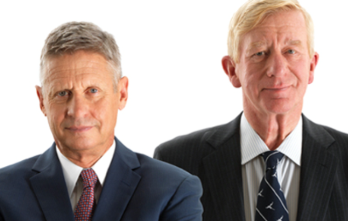 I don’t like to get political in this web log, but since the mainstream parties have given us what is possibly the worst two choices in Presidential candidates since the Revolution, may I suggest voting Libertarian?  You can check out their platform from the link.
The big argument against voting for a minor party candidate is always that you’d be “throwing your vote away.” Not sure you can avoid that this time if you vote for either major party candidate.
What would happen if they held an election and neither one was elected? Or if they just squeaked by on thirty percent of the popular vote?  Do you think the major parties might start paying attention to us again? Take a chance! Be bold!
And let’s not forget, the Republican Party was a minor party until Lincoln got elected as the first Republican president. It used to be the Democrats and the Whigs. Seen a Whig candidate lately? Its time for a real change, people.
Remember: the definition of insanity is doing the same thing and expecting different results. Let’s do something different!
Be Sociable, Share!