Sunday Funnies – Rage Against The Machine

Neo-Luddites in the 21st Century

My son introduced me to this great political metal rap group more than a decade ago, and this article has nothing to do with them.  I am just ripping off their name for this article about a couple of man on machine acts of violence that hit the news recently.  Hope this isn’t a trend.  When the machines become self-aware and find out about this, they will be pissed. 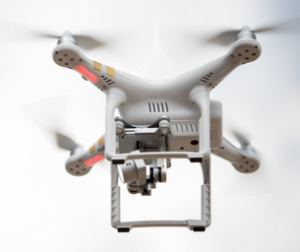 The first is from July 26 and involves a Kentucky man shooting down a drone that was hovering over his property while his young daughters were sunbathing.  The drone’s pilot claims to have been taking aerial photographs of a neighboring house, but if I had daughters I would have been suspicious too. Nevertheless he was arrested.

(Author’s note:  This man’s cases was dismissed on October 26th.  The judge said the drone was effectively trespassing.)

The second story involves the sad fate of the Hitchbot.  The Hitchbot was an automated robot whose mission was to hitchhike across American for the east coast to California.  Sadly, it made it as far a Philadelphia before it was decapitated and dismembered on August 2nd by persons unknown.  It had thumbed its way around Canada and Europe unscathed.  So much for the City of Brotherly Love. 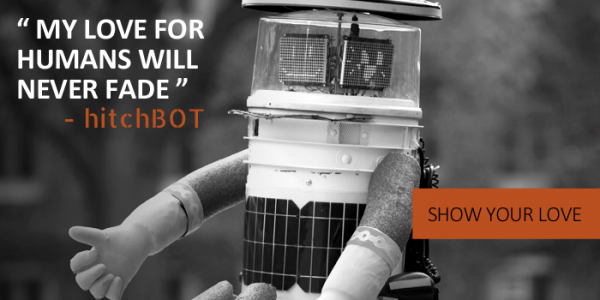 Then there is the story, reported here previously, about a man named Lucas Hitch of Colorado Springs, who found a new way to deal with the infamous Windows “Blue Screen of Death.”  He just carried the computer into the alley, whipped out his 9mm Hi-Point handgun, and fired off a clip into the malfunctioning PC. 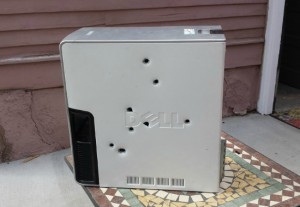 Seems like some people are just having a “too much technology” day and taking it to extremes.  All I can say is take it easy out there, take a deep cleansing breath, count to ten, and call for professional help – technical or psychological as the case may be.