You may remember a while back that the Iranian state-run news agency, FARS, reported a news article found in the satirical US publication “the Onion” as if it were fact.

Well the wacky and fun loving Iranians are at it again, repackaging information found on the insanely conspiracy theory laden web site whatdoesitmean.com.  You can follow this in an earlier story in TechDirt.

According to the Iranian news story, the Snowden documents have revealed that since 1945, the United States has been run by a race of space aliens known as “Tall Whites.”  These aliens have created a special communications network (The Internet?  The NSA?) that allows them to filter out any mention of them and their nefarious schemes from the media – except of course FARS News, TechDirt, whatdoesitmean.com, and of course my humble blog WyzGuys Tech Talk. 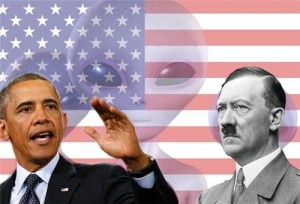 So in case you are wondering why our elected government is so screwed up and unable to get things accomplished, it is because the space aliens are secretly pushing their own agenda of one world government and ultimate domination of the of planet.  It is the Tall Whites that are interfering with the Legislative Branch of the government, not the Executive Branch, as we all have been trained to believe.

Well anyway, if you want a good laugh, I would recommend linking through to the FARS article and their source whatdoesitmean.com.