HomeWyzGuys Tech Talk“Sandworm” Is The True Story About Russian Cyberwarfare

“Sandworm” Is The True Story About Russian Cyberwarfare 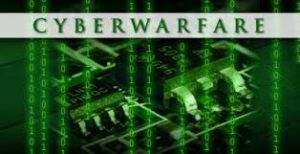 Last month I read the book Sandworm: A New Era of Cyberwar and the Hunt for the Kremlin’s Most Dangerous Hackers, by Andy Greenberg, senior writer for Wired magazine.  If you want to understand how cyber-war has changed the face of military operations in the 21st century, this book explains everything.  This book has put the threat of cyber attacks against critical infrastructure in the spotlight, and did a great job connecting all of the many parts of what has turned out to be a new and brutally effective arrow in the quiver of not just Russia, but most nation-states and their militaries.

I have written quite a bit about cyber-war and cyber-espionage before (see articles listed below), and I have made the contention that cyber-warfare is an ongoing , present, and active threat.  It is real, and it is happening now, every day, somewhere in the world.  My interest in cyber attacks against critical infrastructure probably began in 2016 when I saw Ted Koppel at the 2016 (ISC)2 International Congress in Orlando.  I was so impressed by his talk that I bought and read his excellent book Lights Out: A Cyberattack, a Nation Unprepared, Surviving the Aftermath

.What Ted Koppel discussed as a theoretical possibility, was exposed by Andy Greenberg as an active, ongoing threat.  The Ukraine has suffered through two attacks against it critical infrastructure in 2015 and 2016, including its power grid.  The technical dive on how this was accomplished was excellent.  If you are working in IT or cybersecurity in the power generation business, this is a must-read.

One of the more chilling exploits involved the malware distribution method for the NotPetya ransomware attack.  In The Ukraine, almost everyone uses the same accounting software, a program called Me.Doc (think QuickBooks).  The GRU cyber-team took control of the Me.Doc update server, and sent out its malware to every computer that connected for a Me.Doc update.  Once everything was in place it was a trivial matter for the attack to take place.  Even though NotPetya was targeting the Ukraine again, it spread outside to other countries and companies who used Me.Doc, and affected companies such as Maersk, the global shipping and logisitics company, pharma giant Merck, FedEx European subsidiary TNT-Express, French construction company Saint-Gobain, and food manufacturer Mondelez.  All of these companies had Me.Doc installed somewhere on their networks.

Right now there are no rules of war, no Geneva accords that govern military cyber-operations.  And even though the United States government has finally called out Russian over the cyber operations in the Ukraine, Georgia, the Baltic countries of Estonia and Lithuanian, Sweden, Poland, Fiance, and Germany, and on US soil, the United States is not leading the way to reign in this new and powerful weapon.  This is because the US is engaged in the same activity, and believes that US Cyber Forces are the best in the world, and ready to defend us if necessary.

Additionally, the US government doe not want to be constrained by a new set of rules of cyber-warfare.  The recent revelations about CIA ownership of the European cryptography company Crypto AG shines a light on the dark world of US cyber-surveillance and cyber-war operations.

Sandworm gets a “must-read” from me for anyone who works in cybersecurity, or information technology.  I can recommend it as a fun read for even non technical readers who are concerned about cybersecurity and critical infrastructure.  If you can read this book without going to Menard’s or Home Depot to buy a backup generator, then you have more self-restraint than I do.  even though this is a work of non-fiction on a very technical subject, it reads like a spy caper, except without the gun-play.

My previous writing on the subject can be found below:

Although I am featuring the CISSP logo in this article, the information tat follows could be useful for students pursuing a n...