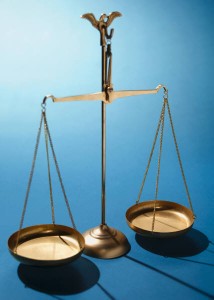 Here are a couple of recent stories where a large information technology companies refused to turn over information to the government.

The first involves Apple, which was given a wiretap order to turn over certain communications between two alleged drug dealers on the iMessage platform.  Apple wasn’t so much refusing to comply as pointing out that this messaging service is encrypted end to end, and even Apple was not able to decrypt them.  With iMessage, the encryption happens on the sender’s computer, and can only be decrypted by the recipient.  So if you are looking a secure method of communicating with someone else, I guess we could recommend iMessage.

The second story involves Microsoft’s steadfast refusal to turn over emails stored on a server in Ireland.  Microsoft contends that to do so would violate international treaties, and that the Justice Department needs to seek legal recourse in Ireland.  The Justice Department seems to think that a U.S. based company must comply with a legal request even when the data in question resides overseas.  The case is under appeal.

I find these cases encouraging.  What little privacy we still enjoy is being eroded constantly by a government that seems more interested in fighting crime and/or terrorism than in defending the Constitution and the laws that are supposed to protect our rights as citizens.  When the government behaves the same way the cyber-criminals do, well what is the difference?