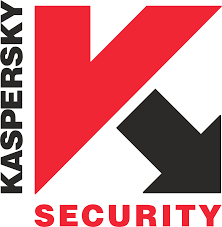 Kaspersky is a security software company with a pretty good reputation.  Their products usually score in the top five in any independent malware detection and removal test.  Of course, they are a company that is headquartered in Russia, which might just make you a little nervous.

But many high quality security software companies are located in places like Finland (F-Secure), Czech Republic (AVG), The UK (Sophos), and Spain (Panda). And the Unites States of course has their own companies (Symantec, McAfee, etc).

Recently, two former Kaspersky employees claimed that Kaspersky had been causing other competitor products to display false positives, in an attempt to discredit them, and drive customers to their own products.  Some of the companies targeted were Microsoft, AVG and Avast.  Supposed this was done in retaliation for the target companies using Kasperky’s technologies and techniques in their products.

There is a possibility that other interests, namely the NSA and the British GCHQ, are behind this, as a form of payback for Kaspersky releasing information about the Stuxnet and Flame cyber-attacks again Iranian nuclear operations some years ago.  Kaspersky claims to be the world’s largest Internet security firm with 400 million users.  These charges may be hard to prove either way, but news like this could put a dent in that number.