Is Hacktivism A Good Thing?

Hacktivism is an electronic form of civil disobedience.  These cyber-attacks are instigated for reasons that are political, economic, or based in civil rights, liberty, freedom, or social justice.  In nearly every case, these attacks are illegal.  But does that make them a bad thing?

As the saying goes, “one man’s terrorist is another man’s freedom fighter.”  Looking back on our own national history, the men who we fondly refer to as “the Founding Fathers” were wanted for criminal acts against the British government by the King of England.  Had the Revolutionary War gone differently, they would have all been hanged.

On Saturday November 14th, Anonymous, on of the best know hacktivist groups, declared cyber-war on ISIS, and is working to take down or render useless their electronic assets, finances, communications channels, and recruiter websites, in an effort to make it more difficult for them to carry out future acts of war in western democracies.  This, as far as I am concerned, is great news.

But on November 18th, the FBI released an alert warning law enforcement personnel and public officials to be on guard against targeted hacktivist exploits, offering 19 ways to lower their online presence and secure themselves against hacktivist activities.

Let’s take a look at the activities of two well-known hacktivist groups and see just what sort of actions they have been involved in.  Then I invite you to decide for yourself – is hacktivism a bad thing, or a good thing? 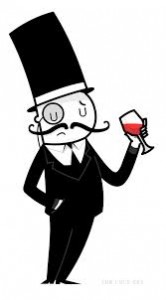 LulzSec started operation around May 2011, and was composed of six former members of the hacker group Internet Feds, and a few former Anonymous members.  The name is a mashup of LOL and Security.  Their tagline was “laughing at your security since 2011.”  Their main focus seems to have been finding and hacking poorly secured corporate and government web sites, publishing their findings online with with a certain amount of humor and derogatory swagger.  Their targets included various elements of Fox News, Sony Corporation, American Public Broadcasting, the US Senate, InfraGard (a partnership between the FBI and corporate infosec professionals), the British National Health Service, various gaming sites, and a few cybersecurity firms.  The goal was to show them up as weakly secured and vulnerable, with an eye toward shaming the victims into fixing their security problems.

Eventually they were brought down by the FBI with the arrest of their leader, Sabu, in March of 2012.  LulzSec officially disbanded and took down its website.  It is supposed that some of their members have migrated into the Anonymous group. 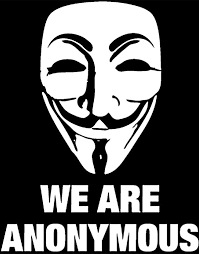 The hacker collective Anonymous has been active since 2003, and originated on “b” board of the image board 4chan.org.  The name may have been an outgrowth of their habit of posting online under the psuedonym Anonymous.  Their logo or identity (if something Anonymous can have an identity) is often associated with the Guy Fawkes mask.

In their early years, the group was a loosely organized collection of hackers who occasionally pursued an agreed upon goal, often for their own entertainment.  In 2008, the group set their sites on the Church of Scientology with Project Chanology.  They were actively engaged in anti-DMCA activities connected with the anti-piracy movement of entertainment corporations.  They attacked the Westboro Baptist Church for racism, and went after Visa, Mastercard, and PayPal when they stopped processing donations for WikiLeaks after the Bradley (now Chelsea) Manning document release. They have attacked child pornography sites.  They have supported WikiLeaks,the Occupy Movement, and were active after the shooting of Michael Brown in Ferguson Missouri.  They have been engaged in attacks against the Ku Klux Klan.

Currently, as I am writing this, Anonymous has taken on ISIS in the wake of the Friday the 13th attack on Paris.  This is their second engagement with ISIS.

The Anons appear at this point to be working their magic in an effort to make the world a better place through hacking, although very nearly everything they do violates laws in one or more countries.

To my mind, Anonymous exists in the great tradition of civil disobedience that includes the Boston Tea Party, Henry David Thoreau, Mahatma Gandhi, Martin Luther King and the Civil Rights movement of the 60’s, the Freedom Riders, the Women’s Movement, and the participants in the recent Arab Spring uprisings.  I would consider these sorts of actions to be a good thing.

What do you think?