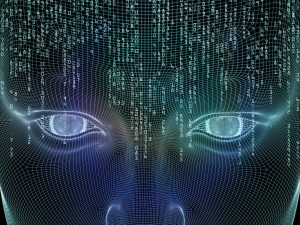 Here is another intriguing guest post by Melisa Marzett.

This question was raised long time ago in old science-fiction films. Though those depictions were rather primitive, people started asking questions, for example, what else are they capable of, and how long will it take to develop such intelligence. In these films, the only thing these machines want is to extinguish humankind since we are the greatest threat on this planet and to ourselves. So, let’s discuss artificial intelligence, and define its major advantages and disadvantages.

Artificial intelligence is created to solve problems we face throughout our lifetime, as well as to facilitate our existence. For example, let’s take the nose and tongue. The machines with artificial intelligence have sensors to distinguish smell and taste million times more precisely than we do.

There are also analogs that can recognize human speech, for example, like Siri’s “electronic ear” in the iPhone can analyze and understand our speech. Computer science is constantly evolving and already there is an entire industry that is an analog to human vision. It is created in order to solve problems where human vision is not enough.

If there are several images of the object that were taken with only one different parameter (lighting, angle of rotation, etc.), artificial intelligence systems can restore the three-dimensional scene of the pictured object. Humans have to deal with such tasks on a daily basis. For example, when considering an object in real time, the human brain determines the distance necessary to reach it and estimates its shape. So, why provide the machine with the same abilities?

Why should technical systems possess such functions? For example, a mobile robot can be equipped with a camera. Computer vision is fast enough due to modern algorithms to receive the data of three-dimensional type on the received images literally in a blink of an eye. A robot so equipped can perceive both sound and visual information and sent the received data to the computer. This is the main benefit of such system. It allows sending such robots to hard to reach places (like Moon or other planets of The Solar System) instead of humans, to explore the area and send back the data with high-quality images for the further research. In such a way, people can easily determine whether it is possible to live on Mars or any other planet since it is not a secret that the resources of the Earth are exhausted.

One significant benefit is the speed of learning. There is no need to spend time learning and mastering skills while scientist can just upload necessary data into the AI. That’s why most of the manufacturers prefer semi-automatic or even fully automatic operation principles. It can save money and time since it is obvious that people are able to work only certain number of hours per day. Unlike common workers, machine can work 24/7 without stop performing all the functions that the workers do. There is also a financial benefit, for instance, a reduction in salaries.  The saving will be offset somewhat by increased energy consumption.

However, AI machines can replace many humans due to the fact the operation cycle of one shop can be controlled by a single person, as it is in semi-automatic manufacturing. Thus, the level of unemployment and homelessness is growing causing other unpleasant consequences for society and the world in general. Let alone all the stories about smart machines that will conquer our planet and kill all the human being considering us to be a danger. Now, this is only a fantasy since on the current stage of AI development these machines can perform only simple tasks.

About the author: The author of this post is Melisa Marzett and she is a skillful writer sharing her personal ideas on various topics both scientific and non-scientific like this one evaluating various sources of information to find the most informative and reliable sources of information and tell the truth. Sometimes she gratuitously shares relevant articles but her main occupation is freelance writing. She has been working as a writer for five years and has huge experience and background allowing her to excellent articles on a variety of subjects. She works for findwritingservice.com. She is always available for people who need writing help.