Fair Use Reaffirmed by Library of Congress 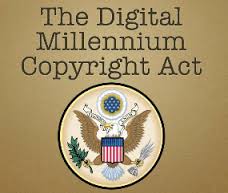 There has been a running battle on the subject of copyright in the digital age, between content creators and their customers, the content consumers.  The doctrine of Fair Use has protected consumers who engage in making copies of protected works for their own use or for backup purposes.  The content creators and the companies and lawyers that serve them have been trying to reduce or restrict the doctrine of fair use.

Back when fair use constituted copying a vinyl album over to cassette tape, the copy contained not only the flaws of the original analog recording, but also tape hiss and other artifacts introduced in the new medium.  With the advent of digital content, it became possible for the first time to make a flawless bit by bit copy of the original work, more of a clone than a copy.

At the end of October the EFF reported that the Librarian of Congress has released new rules and exceptions that impact DRM laws, and reaffirmed and expanded the fair use doctrine.  The new rules now protect end users from violating the Digital Millennium Copyright Act when they engage in the following activities:

The EFF was heavily involved in the rule making process.  The link below will explain this issue in more detail. They are actively involved in protecting the digital rights of consumers in the information age.