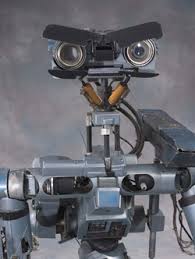 Its been a while since we have written about AI and robotics, but an article in Tech Republic got me inspired to discuss some of the more disturbing uses of autonomous machines, from least to most scary

I wonder if human beings will be able to survive their own inventiveness?  Fortunately, it seems that security is not being designed into robotic devices.  A recent article on Naked Security found that surveillance drones and self-driving cars can be hacked fairly easily.  So in that future described in the Terminator movies, a soldier with mad hacker skills will be a formidable adversary against the robot horde.

But of more immediate concern, as we add autonomous and mobile devices to the Internet of Things, the designers of these devices are failing to learn from the past, and are not always building security in from the start, but rather continuing to add it as an afterthought through patching and updating.  We can do better than this, and really desire better.