Cybersecurity and the Elections 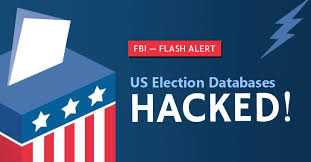 In the last several days, we have seen big distributed denial of service (DDoS) attacks against DynDNS, an Internet services company that provides domain name services (DNS) to many companies including Twitter and PayPal.  DNS is how web sites are found on the web, you enter a web address in your browser, and DNS finds the website you are looking for.  When attacked in this way, DNS stops working because the flood of requests overwhelms the DNS servers ability to provide responses.  These attacks took down the Internet on the east coast first, and then the west coast, for a period of several hours each on different days.

This particular DDoS attack is using the Mirai botnet.  This is a botnet comprised largely of Internet of Things (IoT) devices such as web cams, DSL and cable modems, DVRs, smart TVs and Routers.  Read more here:

What We Know About Friday’s Massive East Coast Internet Outage

Some officials are thinking that these attacks may be trial runs leading up to the National Election next week.  There has been other evidence of attacks mounted against the electronic election infrastructure.  Here are some articles of interest.

From Russia with grudge: hackers accused of trying to sway US election

Or this one from Silicon Beat.

And someone has been attacking the voter registration databases.  All fifty states have been scanned for weakness, and at least 13 states have declared a breach.  Three presenters at the Cyber Security Summit (an Army General, a DHS Under Secretary, and a Regional Director of the SBA) mentioned this issue.  The government it taking this threat seriously, although each of them doubted the ability of a hacker to actual change vote totals at this point.

This does not bode well for our election.