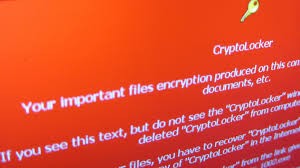 Some of the nastiest exploits going around are the many variants of the CryptoLocker and CryptoWall malware that encrypt all your personal files and hold them for ransom.  Payment in bitcoin is required, in amounts starting at $200 and ranging upward to the $17,000 (400 BTC) that Hollywood Presbyterian Hospital just paid to unlock their files.  Or even more.  The amount will be whatever the attackers think they can extract from the victim.

And of course, the best protection against cryptoware is to maintain a good set of backups for all your important data.  Here at CIT we use Datto to backup client data, and our experience has been that this allows us to recover clients from CryptoWall exposure on their networks in a matter of hours versus days.

If you are managing a website, you need to be backing up your website files too, and if you are using WordPress, there are several excellent plug-ins that will perform that function.  And implementing some form of website security, through products such as Sucuri, a good multi-platform product, and WordFence, which is targeted mostly at WordPress sites.