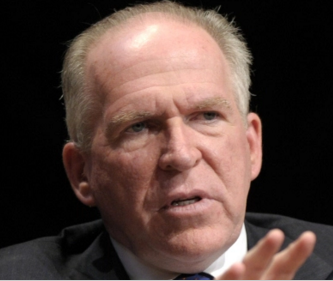 My first question is why is some nitwit without the most basic concept of cybersecurity or operational security in charge of the CIA.  Sorry to those of you I offend, but if your email ends with aol.com it tells me you are very old and not computer savvy.  And people who still use the AOL application in 2015 are basically still riding a bike with training wheels after 20 years on the Internet.

In a New York Post story, it was reported that John Brennan the Director of the CIA was using his personal AOL account to send and receive messages with top secret document attachments.

The 13 year-old hacker posted some of the stolen documents on his Twitter page.  He claimed the stolen documents were stored as attachments to about 40 emails that he read after breaking into Brennan’s account.  The attack employed a tactic called “social engineering” that involved tricking workers at Verizon into providing Brennan’s personal information and duping AOL into resetting his password.

The really scary bit for me is just how many people in positions of power in this country, Senators, Congressmen, and other high ranking government types, people who are writing cybersecurity policy for our protection, are unable to do simple computing tasks like get online or manage their own email.  In 2015, the sad brag “I got people who do that for me” is so lame it is beyond pathetic.  This includes many corporate CEO.  You know who you are.  Shame on you.

Tune in Wednesday to learn how to keep this from happening to you.