HomeWyzGuys Tech TalkAddicted to Windows XP? Time to Move On

Addicted to Windows XP? Time to Move On

Windows XP is thirteen year old, which is old for dogs, cats, and really old for computers.  Evidently Windows XP systems still claim about 25% of the active operating systems worldwide.  Several of my business clients still have at least some Windows XP systems running on their network, and a decent percentage of my residential clients as well.  After thirteen years, official support for Windows XP ends Tuesday April 8, 2014.  So what does that mean? 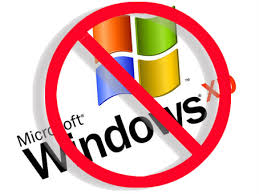 Well, what it does not mean is that your computer is going to explode, burst into flames, or fail to boot up.  Your Windows XP system could work for several more years, theoretically.  But it does means that after 13 years of patching security holes and fixing OS glitches, these Windows Update fixes will stop coming, and there will not be more.  If you haven’t updated in a while, get them today while they are still available.

I know, you are “happy” with the XP system you are clinging to.  You are comfortable, as far as you know. (But could you be happier?  More comfortable?)  Let’s face it, some of the web sites you frequent (banking, shopping) don’t seem to work as well in Internet Explorer 8 as they once did, and this forced you to Firefox or Chrome.  That last version of Norton 360 you installed really slowed your PC down too.  The reason is that web designers and software developers are writing for systems built in this decade, not that old relic you are using.

So what have you missed?  Well good move you when you skipped Windows Vista.  That operating system never did live up to it’s potential.  But then came Windows 7, which is probably the finest operating system ever.  (Yes, including Apple’s OSX)  You should have upgraded then, because you would have gotten a vastly faster and more secure computer that still used the familiar Start Button and Start Menu.  Because now you are looking at Windows 8.1, with it’s completely redesigned Metro Start Screen.  Fortunately for you, Microsoft has indicated that the Start Menu will return in an update shortly.

What’s my recommendation?  Well there is no rush, but you ought to move to a new computer in the next month or two.  Although you will not find Windows 7 in the stores, it is still available from some buy direct manufacturers such as Dell, for instance.  Frankly, Windows 8 systems are fine once you add back the Start Menu.  Whether you wait for the Microsoft update, or install your own from a source such as Classic Shell, with the familiar menu back Windows 8 is a terrific operating system.

Yes, my XP-using friends, it is time to let go and move on.  All things must pass – and you will be surprised just how much better Windows has become.

And no – you can’t just upgrade your existing PC.  Even if the hardware will support it, you really deserve a new computer experience.