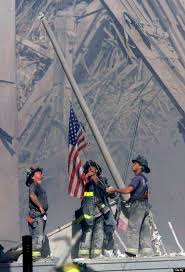 Today is the 14th anniversary of a day that I will never forget.  I was driving home from dropping my son off at school, and listening to the radio when they started reporting that a plane had flown into the World Trade Center.  I made it home in time to see the second plane crash into the second tower on television.  Still gives me chills as I write this.

Coincidentally, two French filmmakers, Jules and Gedeon Naudet, were in New York City that day making a documentary, following the day in the the life of a rookie firefighter.  The day they captured was later broadcast on CBS in March of 2002.  It is available on DVD.  I have never seen it on TV since, which is a shame, because that terrible day was full of heroism and sacrifice, both on the ground in New York and Washington DC, and in the air over Pennsylvania on Flight 93.  The deaths of over 3000 people at the hands of Islamic terrorists should never be forgotten.

A quick Saturday digest of cybersecurity news articles from other sources. CISA: Hive ransomware has netted more than ...